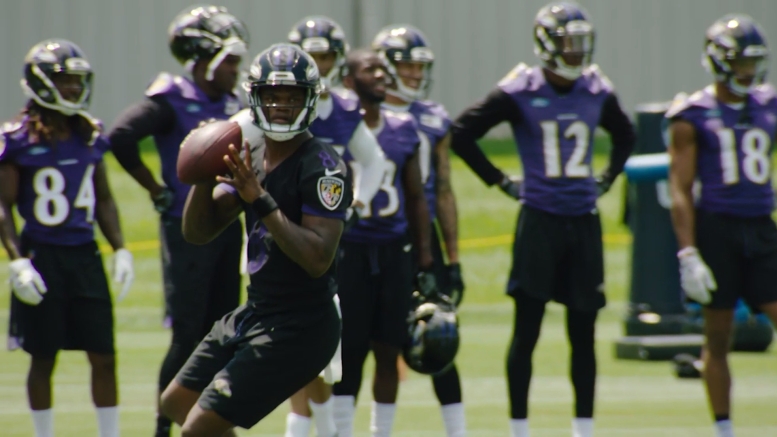 The Baltimore Ravens reportedly attempted to drum up interest in a trade for veteran quarterback Robert Griffin III before ultimately electing to keep him on their 53-man roster as one of three quarterbacks, along with long-time starter Joe Flacco and rookie first-round draft pick Lamar Jackson.

The plan is reportedly to go into the season with Griffin as the backup to Flacco, giving the rookie the opportunity to sit and learn and grow while he waits. But the question that remains is this: will the Ravens have all three quarterbacks active on gameday?

Baltimore was pretty open all throughout the offseason process about their intention of utilizing Jackson in the offense as a rookie, including having him on the field at the same time as Flacco. They eve publicized a video clip from a spring practice of the rookie tossing a scrimmage ‘touchdown’ pass to Flacco, who proceeded to launch the football into a lake at the team’s practice facility.

While the team did not, to the best of my knowledge, break out this look at any point during the preseason, or use Jackson in any way other than as a quarterback aside from his typical scrambling and designed runs, that doesn’t mean that they have shelved the idea entirely.

The first-round rookie received extended playing time during the preseason and completed 34 of 68 of his pass attempts (or exactly half), throwing for 408 yards with three touchdown passes to one interception. He rushed for 136 yards and three more touchdowns with his legs on 23 carries.

As for Griffin, who was not even on a roster during the 2017 season, he went 27-for-41 during the preseason with the Ravens, throwing for 243 yards with two touchdowns and one interception, while also rushing for 52 yards on 11 carries. He did not play in the team’s final preseason game.

Personally, I think the team is making the smart decision by siding with Griffin as the backup for the time being. While Jackson is able to do some exciting things, he remains a significant liability as a passer who I believe would be exposed by NFL defenses at this stage in his development.

If I were the Ravens, I would have all three quarterbacks active, with Griffin technically being the backup in case Flacco gets injured, but working Jackson into the offense in different roles that help to set him up to produce positive plays, but with his legs and with his arm.

It’s obvious that he is the future, but that doesn’t mean he has to be forced into the present. The Ravens have not kept three quarterbacks in nearly a decade, but they evidently agreed that another veteran on the team was in their best interests for now. Jackson’s time will come.