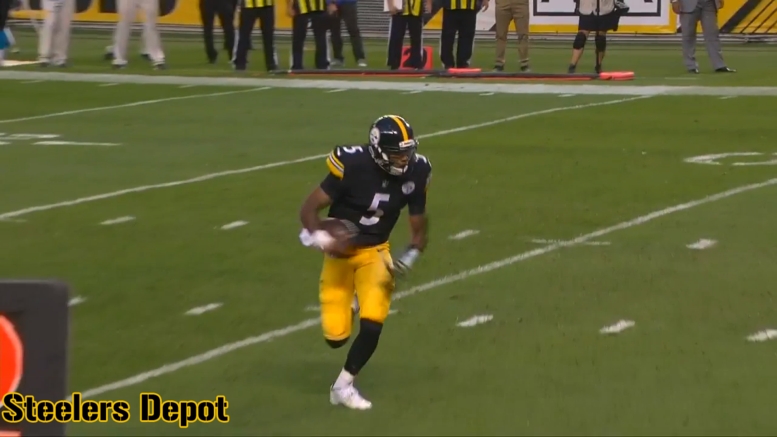 It was a remarkable achievement for second-year quarterback Joshua Dobbs to not only make the Pittsburgh Steelers’ 53-man roster out of a four-quarterback pool, but also to claim the backup quarterback position for himself heading into the 2018 season. Most had already written him off back in the spring as soon as the team used a third-round draft pick on Mason Rudolph. Those who cover the team were surprised when they released Landry Jones. Yet here he is, suiting up as Ben Roethlisberger’s number two for the first time ever.

But he should probably keep in mind that the greatest backup quarterback a team can ever have is the one that never has to play. under ideal circumstances, Dobbs will never see the field to throw a meaningful pass over the course of his Steelers career, with the possible exception being that he develops into a legitimate franchise quarterback to succeed Roethlisberger whenever he retires.

The only time I want to see him on the field is when the Steelers have a three-possession lead in the fourth quarter and team begins to pull the starters out of the game, meaning I want him throwing the football to Darrius Heyward-Bey and giving the ball to Roosevelt Nix for fullback dives as he receives the ball from center out of the hands of B.J. Finney. The most extensive work he should get is the Landry Jones Special—a start in Week 17 when it holds no playoff implications for a playoff-bound Steelers team.

While that has not typically been the case over the course of Roethlisberger’s career, for things to go that smoothly, things have been better lately. He has not missed a game due to injury in three of the past five seasons, and in 2016 only missed one game as a result of an injury.

It’s time for Dobbs to become Captain Clipboard, Roethlisberger’s best friend. The Tennessee alum’s job now is to be another set of eyes and ears on the sideline for the starting quarterback, something that is not necessarily an easy role to slide into for a player who has never been on the field for a meaningful game.

The Steelers would not have released Jones, however, if they did not believe that he is capable of carrying out every task required of the backup quarterback, both on and off the field, even knowing that his time in that role, with Rudolph on the horizon, is likely limited.

So yes, I do hope to see Dobbs on the field today. At the end of the fourth quarter, taking a few knees to end the game with a blowout victory. I don’t need to see him at any other time, anymore than I ever needed to see Jones, or Bruce Gradkowski, or even Charlie Batch, as much as he’s an easy guy to like.

That’s the life of the backup quarterback. Welcome.