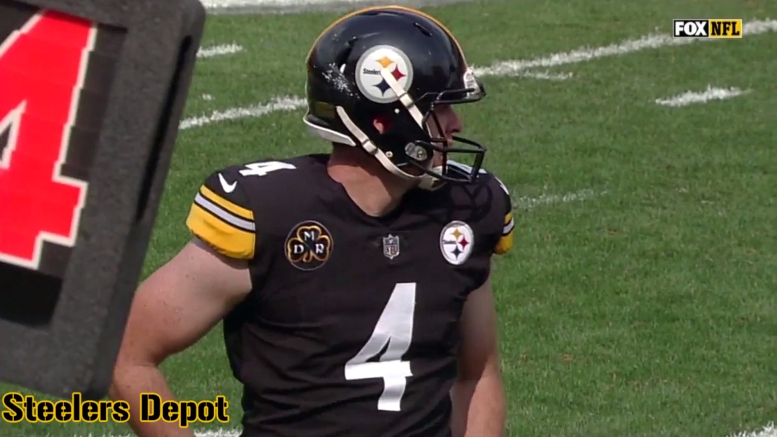 We’re talking a lot about Jordan Berry this week. For punters, that’s almost never a good thing. And certainly the case with Berry, who isn’t long for Pittsburgh if he doesn’t start punting better. It started with a shaky preseason, earning some early criticism from Mike Tomlin, and it’s carried over into the first two weeks of the regular season.

Week One was almost expected though. Driving rain, gusty wins, a situation that’s innately difficult to punt in. But last week didn’t offer the same excuse. Though Berry had one great punt that set up a Steelers safety, he didn’t have the same success on the others.

Facing Tyreek Hill, the plan was simple: punt away from him. That put an even increased emphasis on directional punting, attempting to pin Hill to the sideline and offer him as little open space as possible. That meant Berry’s punting had to be precise and created some of the poor distances he routinely had Sunday afternoon.

That’s how he explained his performance, speaking to the Trib’s Chris Adamski, who has tons of insightful quotes in his article and one worth checking out.

“I was really trying to make sure I was getting it toward the sideline with that punt return team; I just didn’t hit a couple of them clean,” Berry told Adamski. “So then when you are taking that sharp angle and then you don’t hit it clean, it just exaggerates how bad the ball is.”

Berry did take responsibility for his performance, simply stating that he’s not playing well enough and has to turn things around. That needs to happen quickly too. The Steelers brought in two punters, Jeff Locke and Justin Vogel, for a workout yesterday. Neither were signed but if they’re on speed dial if things don’t improve.

Berry ranks near the bottom in yards per punt while the Steelers have one of the worst net averages for anyone in the NFL.