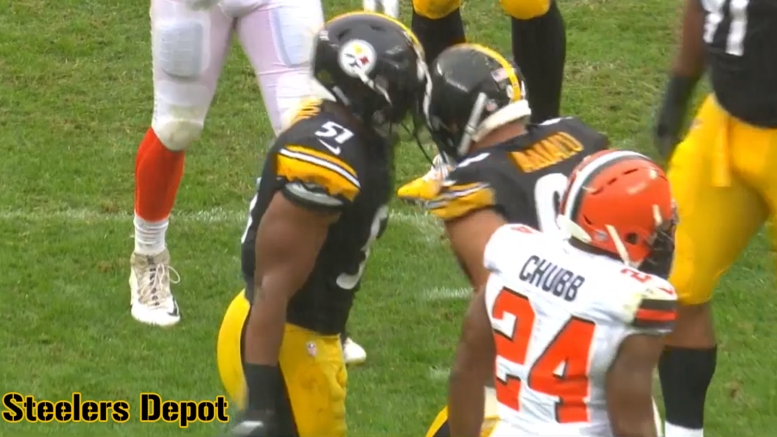 If you had to name the player who played best on the Pittsburgh Steelers’ defense on Sunday in the season opener against the Cleveland Browns, would it have been inside linebacker Jon Bostic? Probably not. But Pro Football Focus was so high on his performance that they graded him the highest of all Steelers defenders, and named him to their Team of the Week, which was released before last night’s games.

“Bostic delivered against the run and in coverage for the Steelers, finishing the game with three tackles resulting in a defensive stop. While he allowed four receptions in coverage, they totaled just 17 yards, with neither going for more than seven”, the site wrote of Bostic.

Pittsburgh signed the sixth-year veteran in unrestricted free agency as a potential starting option, though they were hoping to come out of the first round of the 2018 NFL Draft with a player that would challenge him. Instead, it was Tyler Matakevich, who…showed that he is a good special teams player.

Though he only played 59 of the Steelers’ 89 defensive snaps, Bostic registered nine total tackles in the game, with five of them being assists. He also recorded one of the Steelers’ seven sacks on the day, which was the fourth sack of his career.

In 14 starts with the Indianapolis Colts last season, he recorded at least nine tackles in four different games, including nine against the Steelers when they played host to Pittsburgh in a last-second loss by a score of 20-17.

It was assumed that if he won the starting job, he would be the one who would wear the green dot on his helmet, which indicates that his has the speaker that allows the sideline to communicate with him. in other words, he would be the signal-caller, and the player that stays on the field.

Instead, that proved to be a job given to Vince Williams, who just recently signed another extension. Williams also graded out well in the game and played all but one snap. He was officially credited with making 12 tackles, eight of them being assists. According to Pro Football Focus, he was targeted in coverage twice without giving up a reception. He also rushed the passer extensively by their count, 23 times, but registered just one hurry.

Bostic was the only Steelers player to make the Team of the Week, and was probably about the only player on the roster who was particularly close to making it. Not that their accolades, let alone their grades, ultimately mean anything when all is said and done.