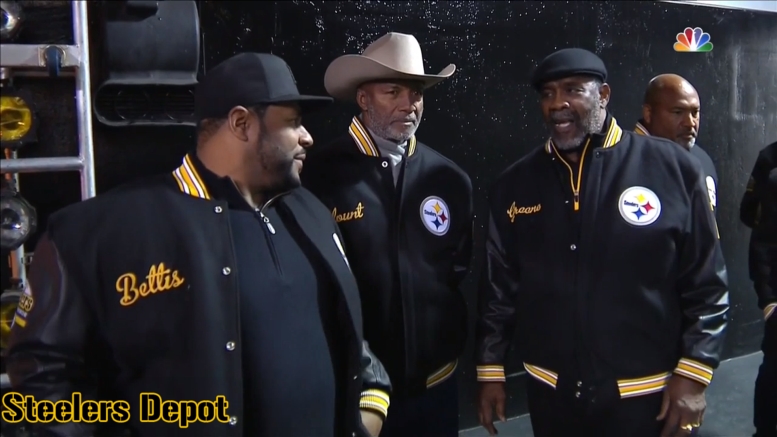 The NFL frequently invokes the phrase “Football Is Family” in order to advertise its brand, a message that they sell not just to the fans, but to their players as well—past and present. Especially for the players of the past, as of yesterday, the words are simply not enough.

A group of Hall of Famers, which includes former Pittsburgh Steelers cornerback Mel Blount, among many other notable names, issued a statement addressed to the league as well as the players union, demanding that they do more to care for those in the Hall of Fame.

Filed to ESPN: In a letter sent to Roger Goodell, DeMaurice Smith and David Baker, Pro Football Hall of Famers said they would not attend the annual hall of fame induction ceremony until they received health insurance and an annual salary that included a share of league revenue. pic.twitter.com/IRkJ29EKcl

“We, the undersigned Pro Football Hall of Famers, were integral to the creation of the modern NFL, which in 2017 generated $14 billion in revenue”, it opens. “But when the league enshrined us as the greatest ever to play America’s most popular spot, they gave us a gold jacket, a bust and a ring—and that was it”.

The statement goes on to read that “it would be reasonable if [the fans] thought life was good for us. But on the balance, it’s not. As a group we are struggling with severe health and financial problems. To build this game, we sacrificed our bodies. In many cases, and despite the fact that we were led to believe otherwise, we sacrificed our minds”.

Following the opening text, it gets to the point. “We write to demand two things: health insurance and an annual salary for all Hall of Famers that includes a share of league revenue”, it states. “The time has come for us to be treated as part of a game we’ve given so much to. Until our demands are met, the Hall of Famers will not attend the annual induction ceremony in Canton”.

The letter from the Hall of Fame Board, signed by the likes of Marcus Allen, Jim Brown, Earl Campbell, Marshall Faulk, Joe Namath, Jerry Rice, Bruce Smith, and Deion Sanders, also lays out the case for how the league can financially accomplish acquiescing to their demands.

“The total cost for every Hall of Famer to have health insurance is less than $4 million—less than that of a 30-second Super Bowl ad, or about 3 cents for ever $100 the league generates in revenue”, it points out. “Paying Hall of Famers an annual salary works out to about 40 cents for every $100 in annual revenue, a figure that will increase dramatically in the near future with legalized gambling”.

Making reference to a relatively hollow “Legacy Fund” the league promotes to support retired players, the group argues that Hall of Famers are often “exploited as unpaid ambassadors of the sport”, and contrasts the NFL’s treatment of its players to that of the MLB, which offers lifetime insurance to anybody who plays, and pensions for those who are active for at least 43 days.

“It’s well-known that the NFL is celebrating its 100th anniversary in 2020, and while we are proud of our role in building this league, we don’t believe 100 years of player exploitation is something to celebrate”.