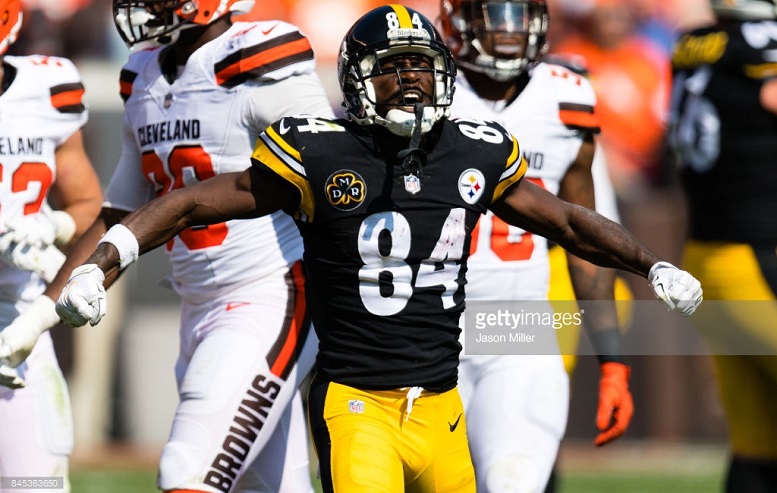 Things do not ordinarily go well for the Cleveland Browns when Pittsburgh Steelers wide receiver Antonio Brown is on the field. Granted, things generally never go well for the Browns, but the proposition of success becomes particularly dicey when Brown is involved. One need only look at the season opener a year ago when he iced the game with a deep reception on second and 20.

Brown has faced Cleveland 12 times and has only once recorded fewer than 50 receiving yards. He has put up over 100 receiving yards half the time, including two games north of 180 yards. He had 11 receptions for 182 yards in the season opener mentioned above.

That was defensive coordinator Gregg Williams’ first and only look to date at Brown while in Cleveland, and he’ll get his second tomorrow. From the sounds of it, he doesn’t bring high aspirations to the table with respect to what he intends to be able to do to the All-Pro.

“The big thing is that you will never, ever, ever take him away”, Williams said of Brown recently. “You just try to minimize. We did a pretty good job of that last year. Had quite a few catches but minimized the effect, except for a couple of plays. He makes those two plays on you, and it puts points on the board. You are always in that dilemma of trying to minimize”.

The Browns’ defensive coordinator can fantasize all he likes about how his defense contained Brown outside of a couple of big plays in the game, but he still had 10 receptions for more than 140 yards prior to that final nail in the coffin which, following a Le’Veon Bell first-down run on the subsequent play, allowed them to run out the remaining time and squeak by with a victory that should not have been so close.

To be fair, Williams’ approach is the same that every defensive coordinator takes to defending Brown. It’s the general idea whenever you are countered with an elite offensive player. You understand that he is going to have his opportunities to be productive, so you just want to minimize that productivity where you can and limit the high-impact events.

Perhaps his defense will have better luck in doing that than they might ordinarily have, as Brown is coming back from an injury that he suffered early in training camp. He briefly returned to practice before leaving again and did not participate in the Steelers’ tune-up preseason game against the Tennessee Titans in which Ben Roethlisberger played three drives.

If I were the Browns, however, I would not be counting on the wide receiver getting off to a slow start.