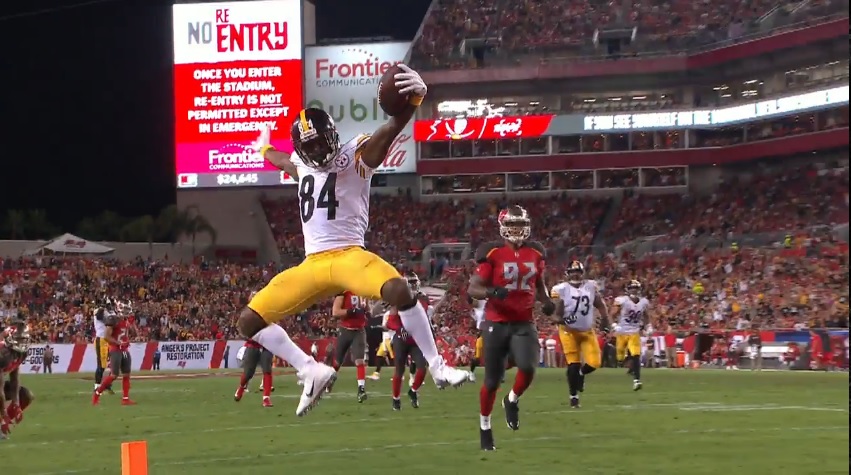 So you want to play off coverage against Antonio Brown?

You’re gonna have a bad time.

Bucs’ cornerback Brent Grimes found out the hard way. And it led to another AB touchdown celebration. Quick film look at what happened.

It’s no secret Ben Roethlisberger has essentially total freedom at the line of scrimmage, especially under Randy Fichtner. He has the ability to make changes on the fly, even if he and the receiver are the only two people in the world who know what’s coming.

And anytime a cornerback sits off against Brown isolated to the single receiver side, there’s a high chance Roethlisberger is feeding 84 the football. Exactly what happened Monday night.

This is actually a run/pass option, one carried over from Todd Haley’s playbook. Inside zone paired with a swing/seam pass, as we drew up several years ago. 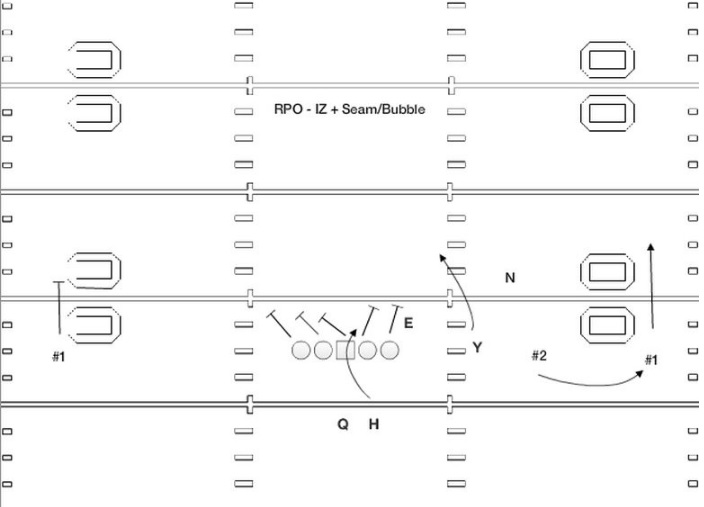 The run/pass decider is often the “box count” or how many defenders are lined up inside the box. If it’s heavy, throw the football. If it’s light, hand it off. Just as Roethlisberger did here in the 2015 Wild Card game against the Cincinnati Bengals. Two high look, defense spread out? Hand it off for a nine yard gain. 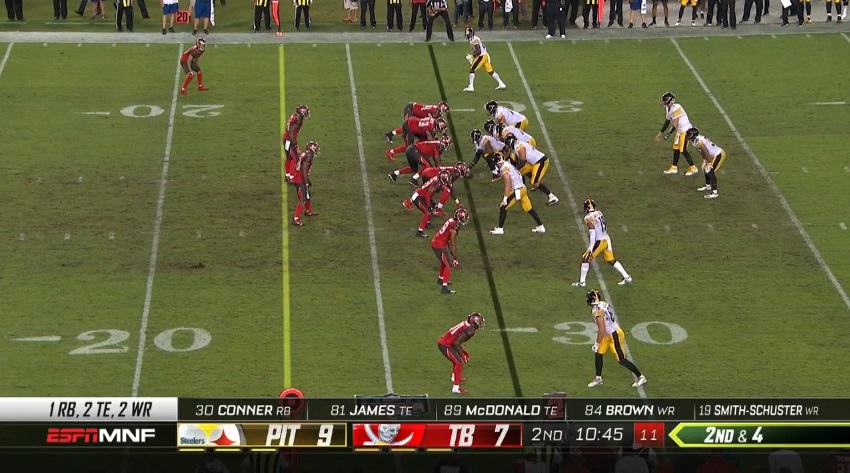 Heavy box count, eight near the line of scrimmage with a single high safety. Bad idea to hand it off – Steelers have only five to block (so they’re -3 in the box count).

So Roethlisberger decides to throw. Normally it’s to the three receiver side. The backside “X” receiver generally isn’t even involved in the play except as a blocker or window dressing, like AB is in the clip against Cincy.

But given the off coverage, rare to get against Brown – he said after the game he sees a ton of Cover 6, corner bump and run with a safety over the top – he’s the obvious choice to throw to. 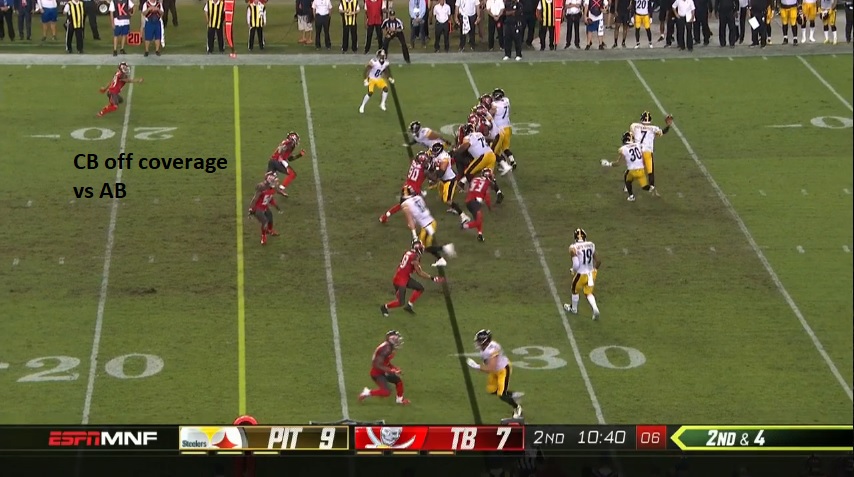 A quick one step throw on the screen, like a fisherman casting a line, and the ball gets out to AB before the corner can begin to rally downhill. Throwing to the boundary cuts down on the time it takes the ball to get there too, which is a plus.

Grimes, his first action of the season, misses Brown low. That puts him one-on-one with the safety and yeah, there’s no chance of Brown being brought down with that much open grass. He leaps into the end zone for a 27 yard touchdown.

Those matchups are just too good for a defense to allow. Best receiver in football, all the space in the world, tough spot to be in if you’re the sorry corner or safety tasked to make that play. And that’s why you throw the screen to him four times a game. Because he’ll break one soon enough.