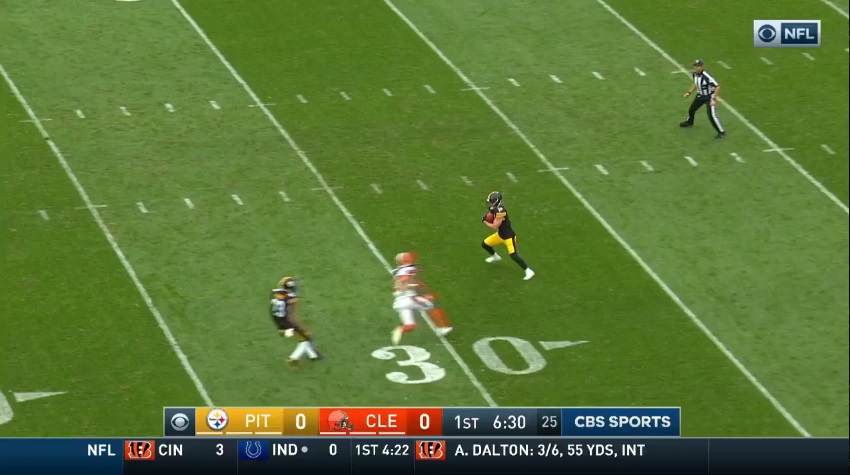 Ryan Switzer was a breath of fresh air on a cloudy, rainy day. Not since Stefan Logan have the Pittsburgh Steelers had the same kick and punt returner for the entire season. But based on what Switzer did Sunday, he looks to be next in line.

The stat line alone looks impressive. 23 yards per kick. 11.2 per punt return, five of them on the afternoon. He darted his way in and out of traffic, showing lateral mobility and explosiveness that got him drafted and then sent to Pittsburgh.

But to me, that isn’t the most impressive aspect of what Switzer showed. Setting up returns like that comes from proper technique before you catch the ball. It’s like building a house: gotta start with the foundation. Switzer’s ability to track the ball, get square to it, and immediately work upfield, was key to his success.

Here are Switzer’s punt returns Sunday, including a fair catch. There’s a common theme to them. Despite the wind and rain making life even tougher, the ball more difficult to see and track, he consistently was able to find the ball and get square under it.

Go to any training camp practice and that’s all the coaches preach during special teams sessions. Shoulders square to the ball. Get upfield immediately. Catch it clean, no wasted steps or momentum carrying you away from getting upfield.

Again, look how square he is, momentum ready to move forward. 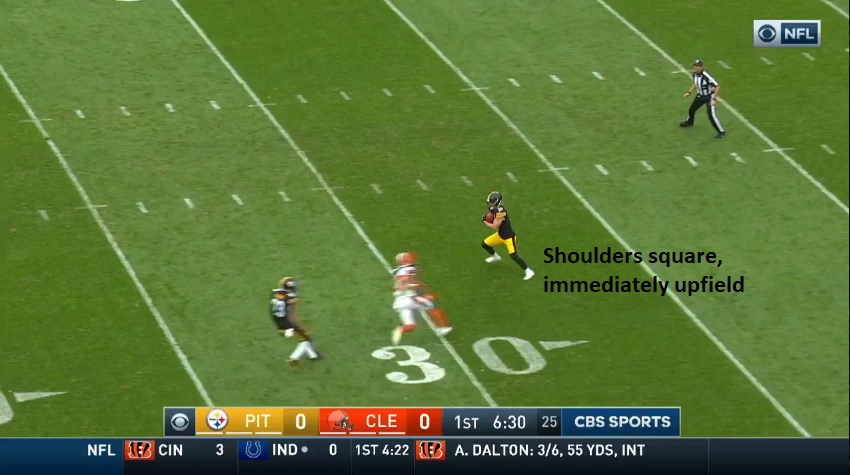 Here’s how he fields the next two. 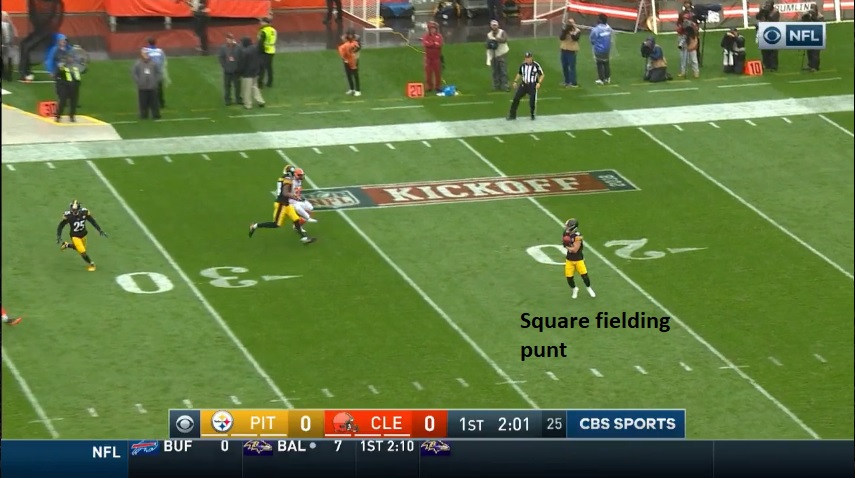 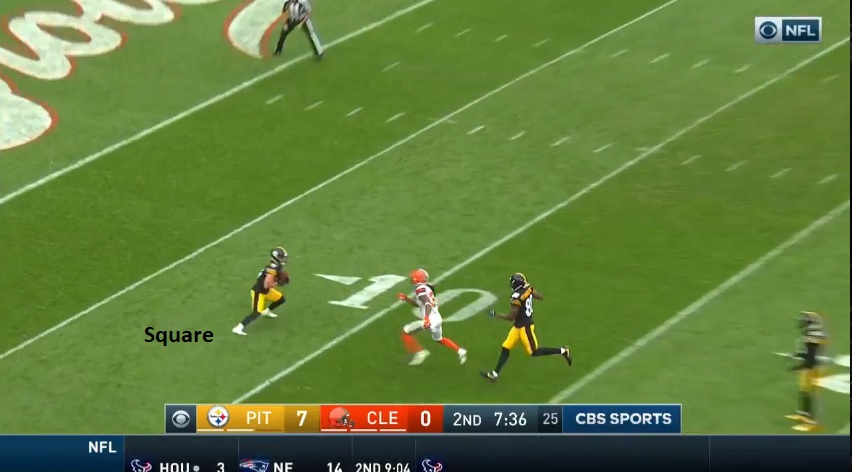 Same thing. Square to the ball, ready to get upfield. Especially on that second one, returning the punt with a gunner in his face. If he doesn’t catch it clean, he’s not eluding him. Worse, any good hit could create a fumble.

Here he is in the third quarter, returning it 20 yards and setting the Steelers up in plus territory.

The one he returned in overtime was my favorite. A low-lining punt as the rain really began to pick up. Switzer has to back up a solid 15 yards, all in a backpedal, while staying square and tracking the football. 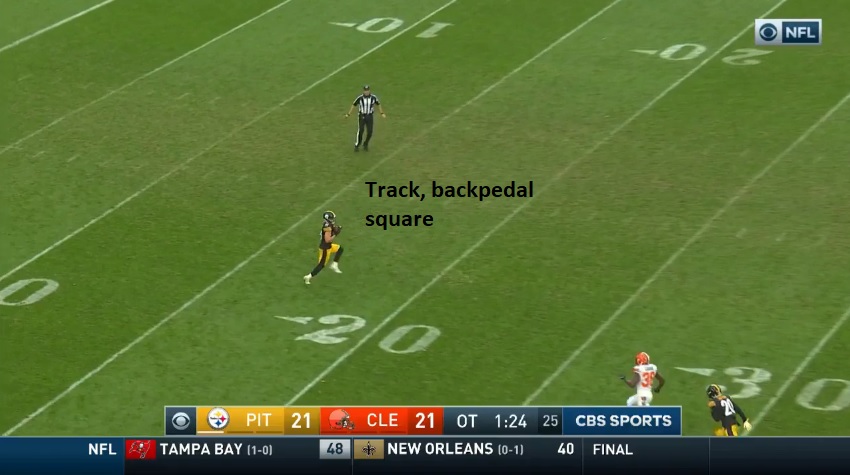 His momentum naturally carries him back a couple steps as he fields the football but he’s square to the ball, fielding it cleanly, and it allows for a nice return.

In a word? Natural. Switzer looks like a center fielder shagging fly balls. That base is what makes him an effective return man. Feels like only a matter of time before he breaks one for six.