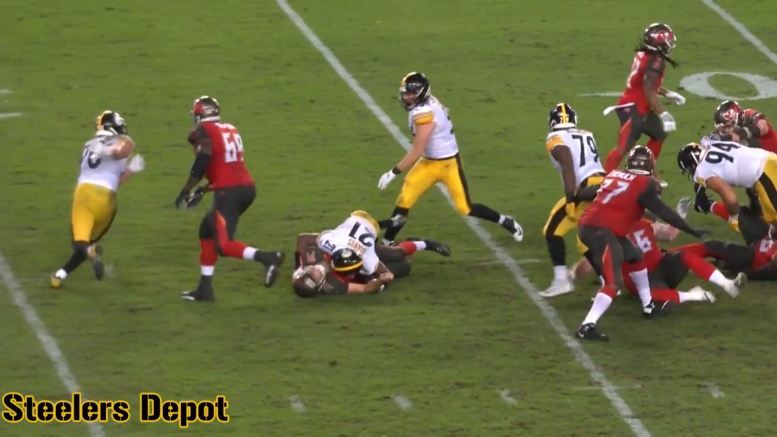 Over the course of the first three weeks of the 2018 regular season, there have been 33 roughing the passer penalties called, excluding one additional call that was offset. The Green Bay Packers have been flagged for five penalties, while the Arizona Cardinals, New Orleans Saints, and Cincinnati Bengals also have more than two. 17 teams have been penalized at least once, and there have been .69 called per game.

Following a high-profile Monday Night Football game between the Pittsburgh Steelers and the Tampa Bay Buccaneers in which four roughing the passer penalties were called in the first half, the league is now planning to hold a Competition Committee conference call next week to discuss the implementation of the new enforcement standards.

According to ESPN, “the committee is concerned about the frequency of these penalties and has voiced those concerns to the league office”. I will remind you that Steelers Head Coach Mike Tomlin, who said that he felt the number of penalties were hurting fans’ enjoyment of the game, is a prominent member of the committee.

As the article discusses, the rule that has been the most contentious is one that has been on the books since the 1990s, but it is a point of emphasis this offseason. That is the ‘full body weight’ standard, in which defenders tackling a quarterback are expected to avoid landing on him with all or most of his body weight.

There was concern in recent years among NFL head coaches about the rule not being enforced properly, including the prominent play last season when Green Bay Packers quarterback Aaron Rodgers was injured. Large-bodied quarterbacks such as Ben Roethlisberger and Cameron Newton often have failed to be the beneficiary of such rulings in the past as well.

The Competition Committee this offseason thus advised officials to “emphasize that the defender is responsible to avoid landing on the quarterback when taking him to the ground”, and they put together a video sent to teams of examples of defenders diverting their body weight while going to the ground tackling a quarterback.

While the report was accompanied by hesitation about any change—formally or informally—to the rule taking place for the 2018 season, we should recall that the league made a minor but significant adjustment in the preseason to the lowering the helmet rule that has seen it virtually erased in the regular season.

In other words, I wouldn’t be surprised at all if we see the rule being officiated differently after next week. Either way, the league is clearly aware of the issues surrounding the rule and there is an understanding that it needs to be addressed at some point.