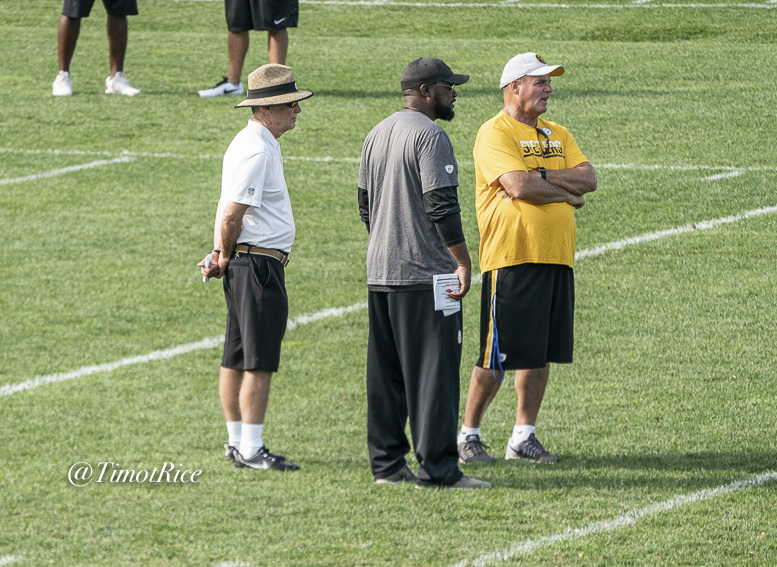 Today’s implication that Le’Veon Bell wont’ show up for weeks certainly rocked Steelers Nation, throwing a monkey wrench into the season before the first kickoff. Adisa Baker, Bell’s agent, publicly criticized the Steelers’ organization for a deal not getting done, leading to Bell skipping at least some portion of the season.

Given the opportunity to fire back, Kevin Colbert declined. And it doesn’t sound like they’ll be talking about it anytime soon.

Head PR man Burt Lauten issued this statement regarding hearing from Colbert, as tweeted out by several beat writers.

Statement from the Steelers upon request for GM Kevin Colbert in light of agent Adisa Bakari's comments on Le'Veon Bell: "We are not going to discuss any conversations through the media. If Adisa (Bakari) would like to talk further, he has the phone number to our offices."

It reads: “We are not going to discuss any conversations through the media. If Adisa would like to talk further, he has the phone number to our offices,” the statement said, referring to Bell’s agent.

At this point, Bell truly holds all the cards. If the Steelers even want to entertain the idea of trading him, something that would be very difficult to do, he has to sign the tender. That effectively gives him an NBA-like “no trade clause,” allowing him to choose where he would end up if Pittsburgh takes that path. Failing that, Bell will report whenever he feels like it, whether that’s Week 2, Week 10, or in theory, not for the entire season.

With the Steelers unable to negotiate a long-term deal, they don’t have many moves to make either. In theory, an obscure rule could allow the team to offer more than the designated franchise tag, though it’s unknown if there’s any amount that will make Bell immediately show up. Their focus, especially when it comes to the coaching staff and players, now has to shift to the guys who are there, led by James Conner out of the backfield. You can bet that will be Mike Tomlin’s response once he’s asked endlessly about it over the next couple of weeks.

Bottom line? This saga is far from final. But the Steelers are moving on from talking about it.