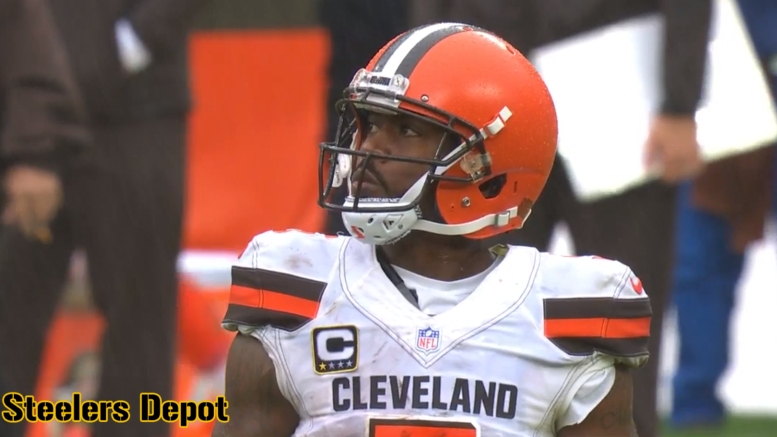 Every NFL team—excluding those who play today—has participated in 305 games since the Cleveland Browns returned to the NFL for the 1999 season, this being the beginning of their 20th season following their re-establishment. There have been close to 10,000 games played between that time and yesterday’s game.

During that span of time, there were 137 instances of games in which one team recorded a turnover margin of plus-five or better. Teams in those games have gone 132-4-1 when they were on the plus side of the margin.

Of the five teams who did not win their game, three of them were the Browns, and that includes yesterday’s tie against the Pittsburgh Steelers after the defense intercepted quarterback Ben Roethlisberger three times, recovered two fumbles from stripping the ball while sacking him, and adding an additional recovery when running back James Conner, making is first career start, had the ball punched loose from behind him.

The Browns are +5 in takeaways today. Since the Browns returned to the NFL, teams with a turnover margin of +5 or better in a game are 132-4-1. The Browns are responsible for two of those losses and the tie.

Despite registering six takeaways in regular, the Browns only got seven points out of them, and those points only came after the Conner fumble, when the ball was picked up and literally returned to the one-yard line. Yes, they managed to score a touchdown when their drive started one yard away from the goal line.

All things considered, it’s pretty impressive that one team could manage to lose—or fail to win—so many games in which they so clearly dominated the turnover battle. In 2010, they lost to the Jacksonville Jaguars 24-20, even after scoring a touchdown on a fumble return. David Garrard threw three interceptions and lost a fumble while Maurice Jones-Drew also threw an interception and lost a fumble.

Back in 2000, the Browns lost to the Tennessee Titans 24-10 in a game in which there was no scoring in the first half. Cleveland scored the first points on a pick six early in the third quarter, but then Eddie George happened, scoring three times on the ground. Steve McNair was picked off four times and lost a fumble. The Titans lost two other fumbles as well. The Browns only turned it over once.

Stunningly, the Browns have only contributed two victories to the 132, and so have a 2-2-1 record since re-establishment in games in which they have recorded at least five more takeaways than giveaways. One of those two victories did come against the Steelers.

To be fair, it was a game in which Ben Roethlisberger was injured, Charlie Batch getting the start back in 2012. Batch was intercepted three times while the Steelers amazingly fumbled the ball eight times, losing five of them. Jonathan Dwyer, Chris Rainey, Isaac Redman, Rashard Mendenhall, and Emmanuel Sanders all lost a fumble. And the Steelers actually entered the second half with a lead, but ultimately lost 20-14.