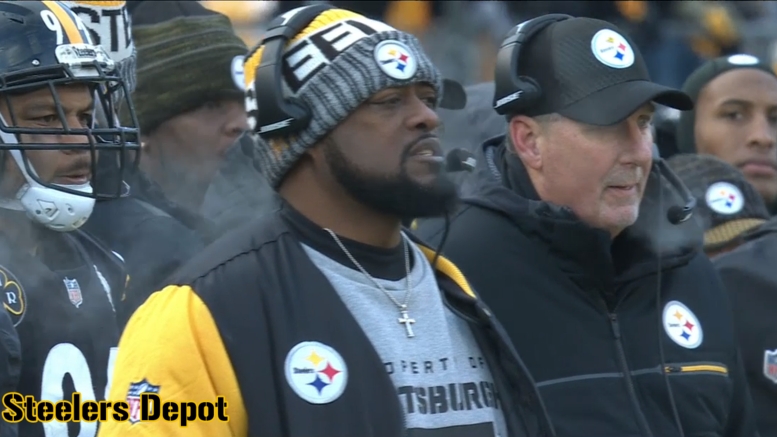 Yesterday, the Pittsburgh Steelers celebrated the birthday of Hall of Fame quarterback and franchise great Terry Bradshaw. Today, said franchise great continued to put his foot in his mouth as it concerns the franchise’s current head coach, Mike Tomlin, who is entering his 12th season on the job.

Utilizing transcription provided by Michael David Smith via Pro Football Talk, Bradshaw appeared on 97.3 the Fan in San Diego and drew comparisons between Tomlin and the head coach that he played under over the course of his career, Chuck Noll.

“I played for a tough sucker, and I was afraid of him, and we played our ass off for him because we feared him”, he recalled of his experienced of playing under Noll, adding of Tomlin, “I don’t see that with this guy”.

While Noll’s accomplishments do speak for themselves, I do feel obliged to add that mimicking his persona is not necessarily a prerequisite to maximizing your own personal coaching abilities. And quite frankly, the biggest thing his teammates from the era have cited about why they played so well together was the camaraderie of the locker room. Not fear of the head coach.

“He’s chest bumping and all that”, Bradshaw said of Tomlin before going into an analogy about being the CEO of a corporation and being held accountable by his stockholders. “I’m selling this thing, and I’m not delivering the goods, which is championships. You’ve got to face the criticism”, he said.

Now, I know there are going to be a lot of people who agree with Bradshaw and feel the same way about Tomlin. That’s frankly something that just goes with the territory. Especially when you’re the head coach of the Steelers. Tomlin won a Super Bowl in his second year, and got back there in year four, but we are going on a decade now since last the Lombardi was hoisted.

“Mike Tomlin is winning football games, but at the same time, Super Bowls are disappearing, and that’s my criticism”, the Hall of Famer offered. “How can you have this great offense and you being a defensive guy, and I think that football team should have been in another Super Bowl or two. How could they not be?”.

Bradshaw went on to criticize the team’s decision to move on from Todd Haley at offensive coordinator after the Steelers put up 42 points in their playoff loss to the Jacksonville Jaguars while Keith Butler was retained as defensive coordinator.

“I don’t know the reason behind that”, he said. “I’ve asked a few people and they’re as puzzled as I am”. On Butler, he continued, “I’d fire that defensive coordinator, pack his ass out the highway, and I’d go find me somebody else who can do the job. I just don’t understand that at all”.