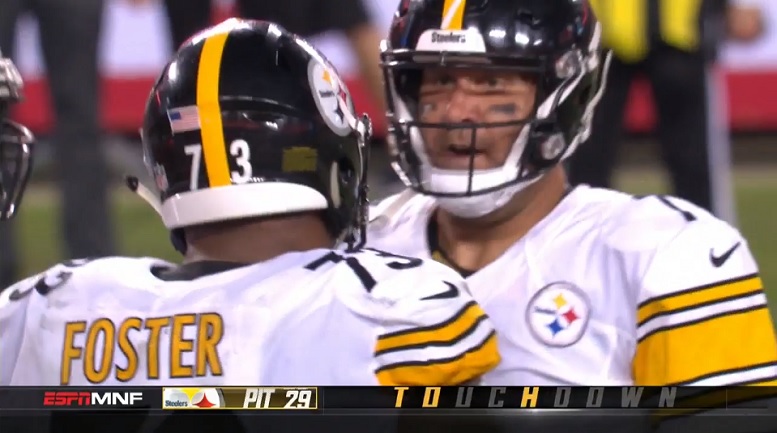 The Pittsburgh Steelers have finally earned their first victory of the 2018 season and a large thank you is owed to quarterback Ben Roethlisberger. While most of the population worked a 9-5 on Monday, the Steelers quarterback got to work late at night, defeating the undefeated Tampa Bay Buccaneers and proving himself to be the late-night king of Monday night showdowns.

With the win, Roethlisberger moved to 15-4 on Monday nights. Roethlisberger has now thrown for 3993 yards along with 29 touchdowns to 18 interceptions. His win only continued his Monday night winning streak as Roethlisberger has now won his last six Monday night football games (including last season’s Christmas Day victory over the Houston Texans). The last time Roethlisberger was unable to emerge victorious on a Monday? Well you have to go all the way back to 2013. As the game against the Buccaneers showed, Mondays seem to over power some of the quarterback’s other documented troubles.

Road Ben, road Ben, road Ben. Like an ancient folklore, Pittsburgh warned all week what happens when the quarterback leaves his beloved city. The elite, accurate passer is transformed into a scary, inconsistent turnover monster once he steps foot outside of Pittsburgh. That notion was put to rest Monday night as the quarterback proved that his Monday night antics override his road struggles as he performed exceptionally well in Tampa Bay.

One might be tempted to search if the 36-year old Steelers quarterback has any ties to Florida or Tampa Bay because the quarterback played like he was at home last night. Completing almost 80-percent of his passes for 353 yards, along with three touchdowns and just one interception, Roethlisberger made sure the travelling fans from Pittsburgh felt like they never left Heinz Field.

This has been a common theme for the veteran quarterback as his last four road games to take place on a Monday have gone well. Ten touchdown passes to just three interceptions and a passer rating over 110.0 in three out of the four road matchups have left the Steelers and Roethlisberger in winning graces as the team has eclipsed 30 points or more in three of those occasions.

Look no further than the quarterback’s willingness to spread the ball around when looking for the reason for his success. Last season in Houston, Roethlisberger was without his favorite target in Antonio Brown and shared the ball among Le’Veon Bell, Martavis Bryant, JuJu Smith-Schuster and Vance McDonald as the team cruised to a 34-6 victory.

Monday night was no different as Roethlisberger completed his 30 passes to seven different receivers. Brown, Smith-Schuster and McDonald were involved once again but so were like the likes of James Washington who nabbed a few tough catches over the middle and Ryan Switzer who caught Roethlisberger’s last touchdown pass.

The king of Monday nights, Big Ben Roethlisberger came up with another big performance that leaves Steelers fans wondering if the NFL can possibly schedule all of their future road games on Monday night.