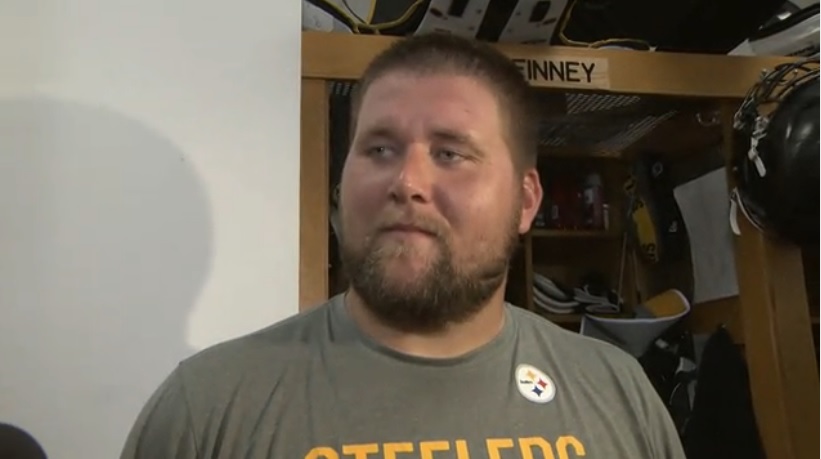 B.J. Finney being WWE tag-teamed into the ring is nothing new for him. When the Steelers play the Chiefs, you can almost expect it. He’s been the starter against them in the 2016 and 2017 regular season matchups. If David DeCastro’s broken hand forces him to sit out Sunday, you can make add 2018 to the list too.

Finney, in his cool, calm, collected manner, is just waiting for the final word.

“Obviously we want Dave back and we want him healthy,” he told reporters via Steelers.com. “If he can go, we want him to go. He’s one of the key guys on the offensive line. But if he can’t, it’s another day for me and my job.”

DeCastro is officially listed as doubtful for Sunday’s game. Although Finney might not get a clear answer until shortly before kickoff, Finney says his approach doesn’t change one bit.

“Nothing unusual, nothing new. I gotta be ready to play in a snap,” he said. “And it just so happens to be that snap is snap number one. So doesn’t change my mentality.”

Finney has always played well when filling in for either DeCastro or Ramon Foster and the offense hasn’t missed a beat.

The injury to DeCastro is another reminder of how much the Steelers’ offensive line depth has been tested already through Week One. Jerald Hawkins was lost for the year in the spring. Foster missed nearly all of training camp. And now this. But Finney has proven to be a capable replacement and clearly has the right, old-school attitude and has proven his ability and value to this team.

It’s certainly at least possible that this time next year, Finney will be the team’s full-time starter, though I’m not pushing Foster out the door like some others are.