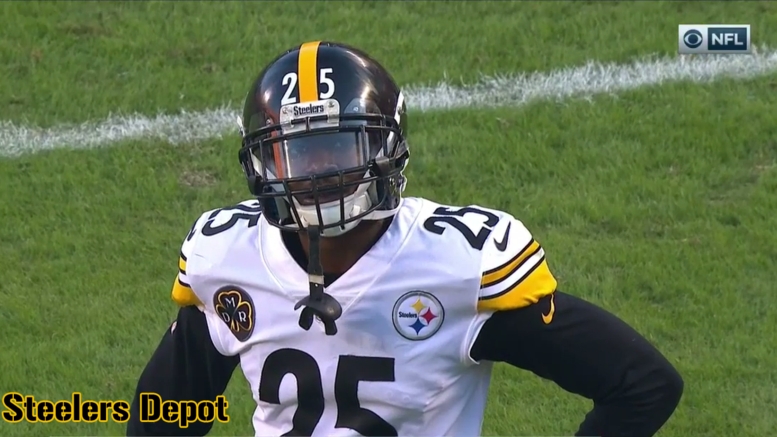 Pittsburgh Steelers third-year cornerback Artie Burns is not used to the sort of on-field struggles that he has experienced over the past year. Getting benched is certainly new to him as well. The 23-year-old is understandably rattled by the whole experience, admitting to Will Graves of the Associated Press, “I don’t feel like I’m really confident right nowv”.

One attribute that he has never lacked since even before he was in Pittsburgh was confidence. It’s seemingly a prerequisite to play the cornerback position at a high level. You need to know within yourself on every play that you’re going to get the better of the man you’re covering every time, even when you don’t, and that when you don’t, you’ll get him the next play. Without a doubt.

When you lose that confidence—and the confidence of your coaches—you have to reset, and that is what Burns is looking to do as he goes through the roughest patch of his professional career to date, giving up three touchdowns in the past two weeks.

“I’ve got to get back to the basics and make the plays I know I can make”, he told Graves. Of what he has been doing wrong, he said that it was “nothing spectacular. Just getting roasted every play”. He also admitted to the reporter that he has regressed.

He knows that he is not playing up to his own standard. “Every time I expect to make a play on the ball”, he said. “I don’t care who it is or what the situation is. I’m supposed to make that play. That’s the standard they hold me to”.

The man he’s spent the most time playing across from, Joe Haden, is not as worried, and said that he is helping the young cornerback rediscover himself. “He’s been playing corner for a long time too”, he said. “I’ll try to help him out with it too. But Artie knows what’s up”.

Whether or not he knows what’s up, he has to prove to the coaching staff that he can bring it on the field, and until he does, he is going to be used in a rotation that will also include Coty Sensabaugh, who started and played the majority of Monday’s game, and Cameron Sutton, who started for Haden in Week Two.

“I’m not used to this, personally”, he said, recalling that it’s the first time since he started playing football as a kid that he was ever sat down. He knows that he has work to do to get back to the same stature with his coaches that he was when the season started.

That won’t come with simply making plays. He also has to play disciplined. This was to be his breakout year, the season in which his game matures and he proves himself to be a legitimate long-term starter. So far it’s gone in the complete opposite direction.