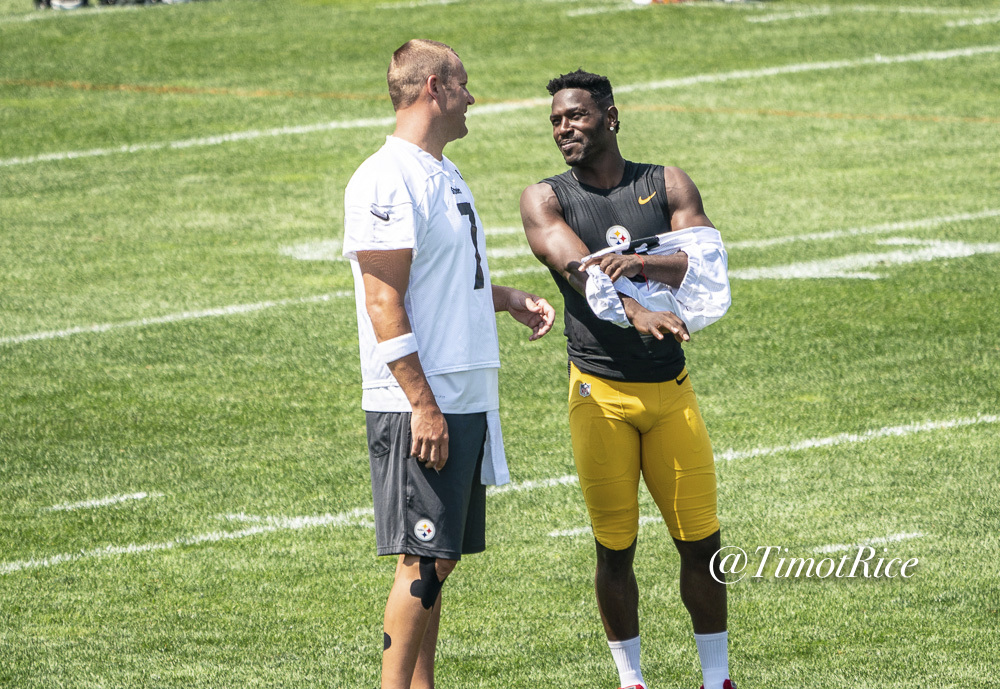 There’s arguably no harder worker in the NFL than Antonio Brown. Catching 130 passes on the JUGS machine after practice. Linking up with NFL All-Stars during the offseason, running on sand, in the park, and inside the weight room.

All that work isn’t just for fun. It’s to make moments like this Sunday, the regular season opener for the Pittsburgh Steelers, count. And he’s excited for that work to pay off.

“You’re extremely excited,” Brown told Steelers.com’s Teresa Varley when asked what his emotions are. “You work all year. Prepare all year for that moment to get here. And now it’s here, you’re just extremely excited and grateful. Excited to be apart of something special.”

Though 2019 and beyond doesn’t close the team’s Super Bowl window, that will always exist as long as Ben Roethlisberger and Brown are in black and gold, there’s no question this is the best year to capture that elusive Lombardi. Brown thinks they have the group to do it.

“We’re high potent. We’re high efficiency. A group of guys who holds each other accountable after every practice.”

And though there is always some level of drama and adversity, especially in Pittsburgh, Brown believes the Steelers have the right, tight-knit group to overcome it.

“We’re a group that’s together. Been together for a lot of years. I think we’re a hungry group that’s excited about opportunities to win.”

That mission to win begins Sunday afternoon against a tougher-than-normal Cleveland Browns squad. One that appears to have better stability at quarterback and an offense that can move the football while boasting a premier young pass rusher in Myles Garrett.

Last year, against a much worse team, the Browns only lost by three in the opener versus Pittsburgh. A game where the Steelers put up only 14 points offensively. AB, for his part, was the team’s offense, catching 11 passes for 182 yards that game.