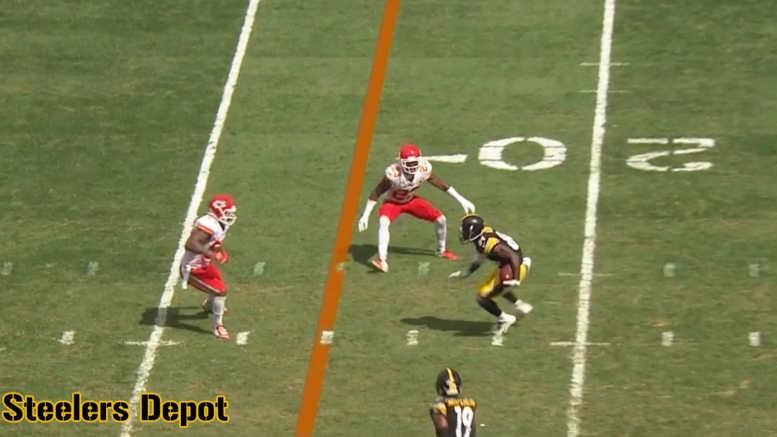 Nobody wants to hear about history or records after a loss. They don’t even want to hear about it after a tie. I learned that last week. But they still need to be talked about. A Pittsburgh Steelers website that glances over Steelers players making NFL history would simply not be a very good one. So you can at least be grateful that I waited a day.

During yesterday’s loss to the Kansas City Chiefs, wide receiver Antonio Brown caught nine passes for 67 yards. That gives him 18 receptions on the season, and 751 in his career. Catching his 750th pass in his 117th game, he is now the fastest player in NFL history to that mark, retaining a pace that he has already held for over 100 receptions as the fastest in NFL history.

This feat comes a week after he eclipsed the 10,000-yard mark for his career in his 116th career game. He tied Torrey Holt as the second-fastest player ever to reach that figure, behind only the great Calvin Johnson.

And the truth is that Brown doesn’t even look like himself so far this year. At the moment, he has 18 receptions for 160 yards and one touchdown through two games. Those would be good to great numbers for most wide receivers in the league, but they are pedestrian for a perennial first-team All-Pro who has been accomplishing things nobody else had.

During yesterday’s game, Brown caught nine passes on 16 official targets. He did not drop any of the passes that were not completed in his direction, and several of them were off-line, but on at least a couple, it didn’t seem as though he and Ben Roethlisberger were on the same page.

As I wrote about yesterday, he hasn’t been all there physically or mentally this season, and I hope he doesn’t want to test my jaw for saying so, but when your limps and sideline blowouts are broadcast live on television, it’s kind of hard to deny them.

Even so, there is no reason to expect that he will not have his ‘typical’ season, which should feature somewhere in the vicinity of a minimum of 100 catches for 1200 yards and eight or more touchdowns. The fact that that is the baseline for him is merely a testament to his sustained greatness over the past five years.

Already he is on pace for 144 receptions for 1280 yards and eight touchdowns. The receptions will probably slow down and the receiving yardage will probably pick up. He has been averaging double-digit scores over the past five years as well.

The next mark for Brown is 800 career receptions, which based on his current pace he should hit in the eighth game of the season, needing 49 receptions. He can get there by averaging just over eight receptions per game. Only 33 players in NFL history have reached that mark.