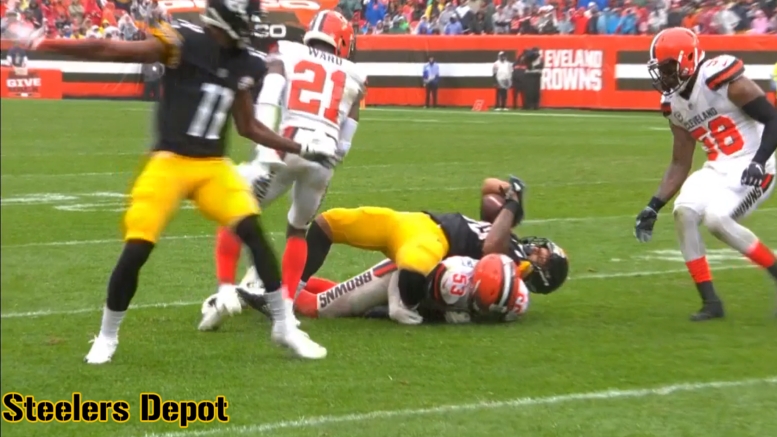 James Conner likes a full workload. And apparently the Steelers like to give it to him. After all, he did produce nearly 200 yards of offense and two scores on 36 touches in the first start of his career on Sunday against the Browns.

But that doesn’t mean he has to be the only one carrying the ball—outside of the random usage of Ryan Switzer. The Steelers do have two other running backs on the roster, one of whom has actually had a much more accomplished career than Conner, albeit due to lack of prior opportunity.

There’s a reason that Stevan Ridley and Jaylen Samuels are on the roster. in the case of the former, he has shown throughout his career that he can be an effective runner. He got a case of the fumbles, but he hasn’t fumbled the ball, but has not done so in about his last 200 or so carries going back to the 2014 season, so it shouldn’t be held against him too much.

As for Samuels, he displayed surprising elusiveness in his running and receiving. Mike Tomlin talked even during the preseason about possibly getting the rookie some work from out of the slot, though that comment was made prior to the Switzer trade.

I just fail to see a compelling reason to work Conner to the bone, even if it’s what he wants, when it’s not necessary to do so. While he ran well, gaining more rushing yards and total yards than anybody else in Week One, one wonders if he lost steam late in the game.

It’s hard to imagine the Steelers going through two games in which only one running back ever sees the field, so I would be surprised if Ridley and Samuels get no snaps on Sunday. But they might not get much more than that.