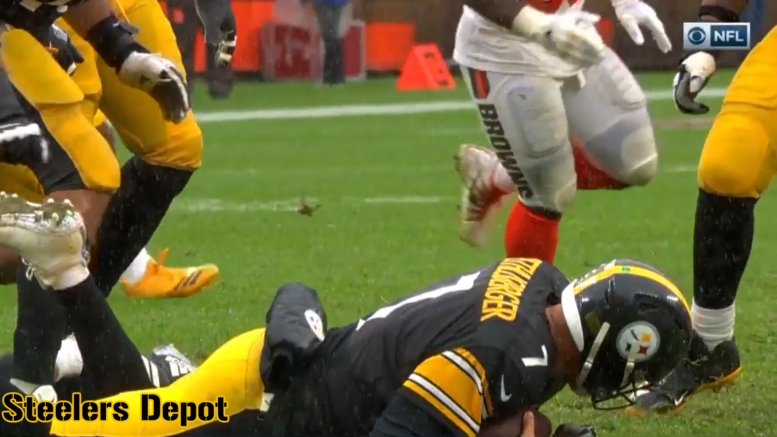 Question: Game Edition – How will Ben Roethlisberger rebound from his five-turnover game?

There is never just one reason that a team fails to win a game. The result of every contest is the result of an accumulation of factors, but the play of Steelers quarterback Ben Roethlisberger, and specifically his ball security, was certainly one of the biggest reasons that the team tied last week with the Cleveland Browns.

While he wasn’t fully to blame on all three of his interceptions (Jesse James’ drop in the game directly led to one), the sack fumbles were certainly on him, as was the first interception as the team was approaching the Browns’ goal line early in the game.

Roethlisberger only played three drives during the preseason in the third game. After the contest, he admitted that he felt he didn’t knock as much rust off as he’d hoped to, and claimed that his accuracy suffered.

Knocking off rust, playing on the road, playing in poor weather conditions, all of these are surely factors that contributed to his play last week, none of which should be as big of a factor today—or at all, in some cases, considering the game is at home.

When a team has a franchise quarterback, it’s generally said of them that they can go as far as their quarterback takes them. On Sunday, Roethlisberger took the Steelers to a draw against a team that hasn’t won a game since 2016. They nearly won; then they nearly lost; and ultimately did neither.

Roethlisberger got off on the wrong foot for most of the early portions of last season before playing at an MVP level through the second half of the year. The hope is that he doesn’t take nearly as long to get into that sort of form this season. So will that form begin to take shape today?