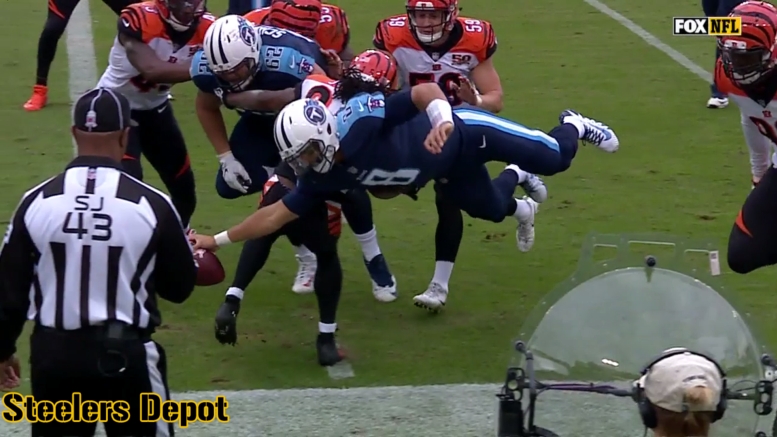 Question: How concerned should the Steelers be about Patrick Mahomes’ mobility?

The Steelers have had a hard time maintaining their discipline on the pass rush for years now. We saw that too often last season, and this one has gotten off to an even worse start. The defense allowed Cleveland Browns quarterback Tyrod Taylor to run or scramble for a total of 77 yards and a touchdown on eight attempts.

Rush-lane integrity is apparently an under-recognized necessity in the Steelers’ plans in getting into the backfield on passing plays, or at the very least, that’s what it ends up looking like on the field. While it might not always show up with a huge rushing total on the stat sheet, it comes into play when a quarterback is able to scramble out of a sack or for a first down.

DeShone Kizer was particularly effective against the Steelers a year ago, rushing for 88 yards in his two starts on 11 rushes or scrambles. He and Marcus Mariota both registered a rushing touchdown against them.

Now they face another quarterback with mobility in Patrick Mahomes, though he is far from a run-first quarterback. He is not necessarily going to rush for 50 yards in a game, but he can use that mobility to buy time in the pocket and avoid sacks, which is one thing that Taylor did not do. He was only sacked once against the Chargers.

When a team shows a weakness, they put it on tape for others to see and to exploit. The Steelers showed quite a bit on Sunday that their rush-lane integrity remains an ongoing concern, and until they begin to correct that, teams will know that there is going to be an out for their quarterback when the rush comes.