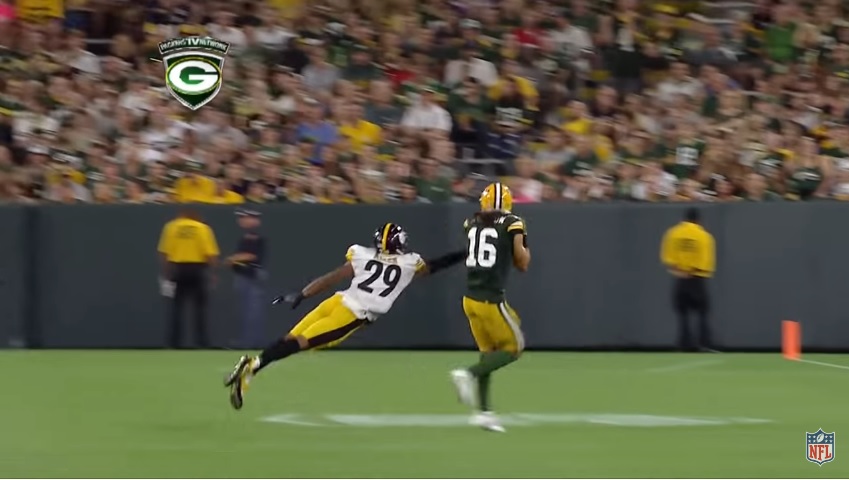 While the Pittsburgh Steelers’ final 53-man roster heading into the regular season is not yet 100 percent set in stone, at least the initial roster reflects an interesting reality, which is that the 2017 NFL Draft class took a bigger hit this year than did the team’s most recent group of rookies.

Of the Steelers’ seven draft picks from 2018, six of them are currently on the roster, with the lone exception being seventh-round defensive tackle Joshua Frazier. While the roster spots of their top four picks in the first three rounds were assured, all three of the day-three selections were considered to be on the bubble.

Two of them—fifth-rounders Jaylen Samuels at running back and Marcus Allen at safety—managed to make the cut for now. But two of the Steelers’ three remaining day-three picks from the 2017 NFL Draft were released today, in one case in favor of a younger option, and in the other, in favor of a veteran.

Fifth-round cornerback Brian Allen was waived today, as was seventh-round outside linebacker Keion Adams. Sixth-year veteran cornerback Coty Sensabaugh was likely the primary beneficiary of the former’s absence, while rookie undrafted free agent outside linebacker Olasunkanmi Adeniyi profited from the release of Adams.

It likely was close to a clean sweep for 2017 day-three picks, but the Steelers ultimately decided to roll the dice on the future of the quarterback position, electing to carry second-year Joshua Dobbs over veteran Landry Jones. Dobbs and Mason Rudolph, one of their rookies, have no NFL experience between them, but the coaching staff is confident they can handle the job.

So Dobbs alone remains from day three of the 2017 NFL Draft, sixth-round long snapper Colin Holba never making the roster. But at least the player who beat him out, Kameron Canaday, remains with the team. Now the team’s top five picks from last year’s class remains, while the final three are looking for work.

Let’s keep in mind that the final 53-man roster, however, is not yet set in stone, and both Samuels and Allen could still be vulnerable. The Steelers currently have three running backs on their roster, but one of them could be bumped when Le’Veon Bell returns, and it would be either Samuels or veteran Stevan Ridley.

As for Allen, the Steelers currently have five safeties at the position, and they often only carry four. They reportedly intend to re-sign Nat Berhe, which would make it six, but that move could come at the expense of starter Morgan Burnett being placed on the short-term injured reserve list. We don’t know this for sure by any means.

Following the 2015 NFL Draft, the Steelers kept seven of their eight draft picks, only seventh-round safety Gerod Holliman missing the cut, with second-round cornerback Senquez Golson on injured reserve. But they cut fourth-round cornerback Doran Grant and sixth-round outside linebacker Anthony Chickillo a day later after they claimed two players off waivers. They did re-sign to the practice squad, and both eventually made it back to the 53-man roster later in the year, but it’s a reminder that they are still vulnerable.