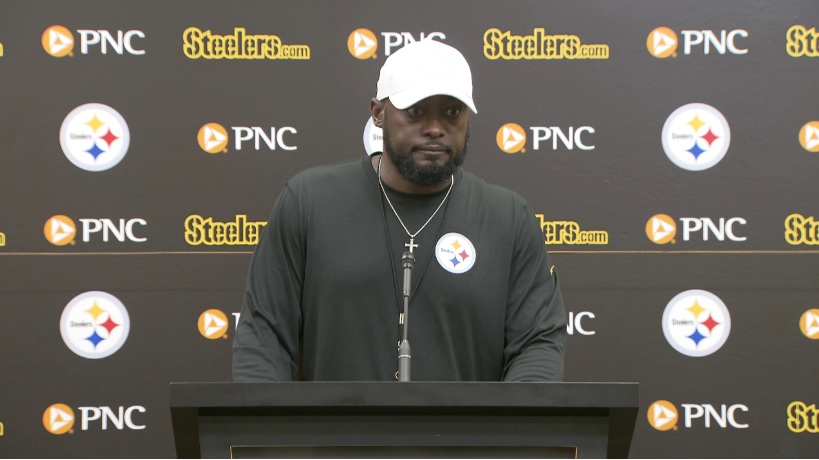 Have the Pittsburgh Steelers recently caught another team spying on their practices at the UPMC Rooney Sports Complex? We don’t have an answer to that question just yet but the team did recently install 60-foot wall outside their practice facility just the same, according to several reports.

During his Thursday press conference, Steelers head coach Mike Tomlin was asked if he was the one who requested the large tarp over the back end zone at the team’s practice facility.

“I’ll leave that somewhat mystical, man,” Tomlin said. “I’ll let you guys hypothesize about the origins of that and its use and at some point we’ll address it directly. It will be the 2018 little side story.”

Tomlin was then asked if he has any reason to believe that he’s had his practices looked at by others in the past.

“You know how it is, man,” Tomlin said. “This is interesting times, drones and so forth, you know. We’ll do what we gotta do to prepare and be ready to play and play on a level, fair, competitive playing field.”

The Steelers head coach was then asked if he’s ever wondered in the past about some of the people who may have sat on the hills overlooking the team’s practice fields.

By the sound of things, Tomlin and the team will be addressing why the large tarp was added at a future point in time. Reading in between the lines of what Tomlin said Thursday, there may have been a few times over the years his team wasn’t necessarily playing on a level, fair, competitive playing field.