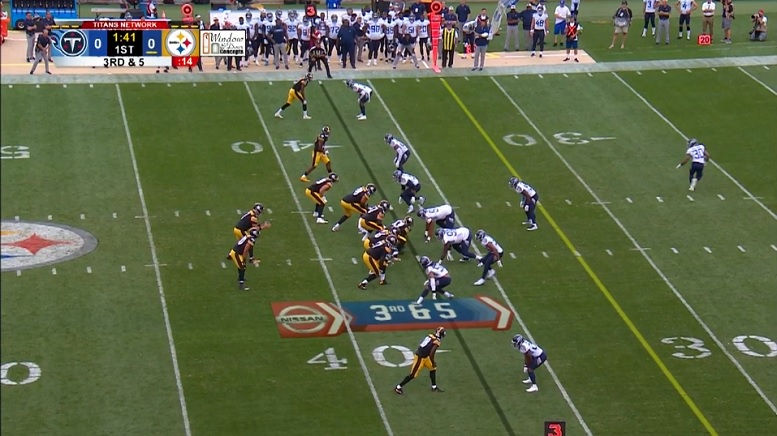 Ever since Peyton Manning retired a few years ago, Pittsburgh Steelers quarterback Ben Roethlisberger is now probably considered by many as currently being one of the best in the NFL when it comes to getting defensive players to jump offsides as a result of his cadence. In his 2018 preseason debut Saturday against the Tennessee Titans at Heinz Field, Roethlisberger was able to get their defense to jump across the line of scrimmage a few times and head coach Mike Tomlin noted after the game was over that that aspect of his quarterback’s play didn’t go unnoticed by him.

“I thought we used cadence as a weapon,” Tomlin said during his post-game press conference. “We converted a couple third downs utilizing cadence. That was not very noticeable but significant. Just good fundamental things.”

“Point of emphasis this year is they’re gonna try and blow it dead sooner,” Roethlisberger said after the Saturday game against the Titans when asked if the offense is focusing more on getting defenses to jump offsides pre-snap. “So, we might not get that opportunity, but we had some chances tonight.”

The second Steelers offensive possession also included Roethlisberger getting the Titans defense to jump offsidess and once again it happened on a 3rd and 5. This time, however, the referees didn’t blow the play dead and Roethlisberger was able to throw a strike over the middle to wide receiver JuJu Smith-Schuster only to have the second-year player drop it in stride.

Had he caught that quick slant pass, Smith-Schuster may have scored. At worst, the Steelers offense would have likely had a first and goal situation. Instead, the penalty on Titans outside linebacker Sharif Finch gave the Steelers offense a new set of downs. Two plays later, Roethlisberger connected on a deep pass to wide receiver Justin Hunter for a 32-yard touchdown.

“We got them on some hard counts, which is good,” Roethlisberger said. “So, we got to work a lot of things today.”

According to my recollection, Roethlisberger was able to get opposing defenses to jump offsides at least five or six times last year during the regular season and the Steelers quarterback was quick to point out successful he was at doing just that with his cadence after Saturdays game.

“We were really good at it last year, too, you know,” Roethlisberger said. “If you look back, we were successful with capitalizing on those plays.”