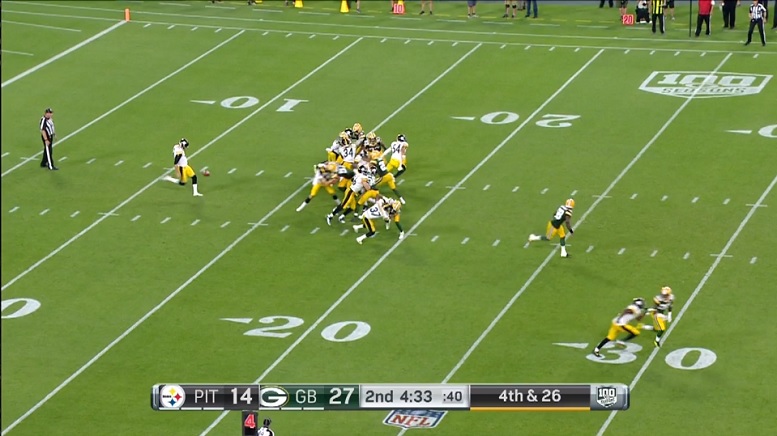 A few days ago I wrote that the Pittsburgh Steelers seemingly have a punter competition still ongoing as they enter their final preseason game of 2018 and during his Tuesday press conference, head coach Mike Tomlin confirmed that is indeed the case.

“You know, I have to be open to all jobs being open,” Tomlin said Tuesday when asked if the punting job is still open heading into the team’s preseason finale against the Carolina Panthers. “I wouldn’t take Matt [Wile] to camp if I didn’t think he was a guy that was under consideration. So, you know, that’s certainly the case.”

Tomlin’s Tuesday comments shouldn’t be a huge surprise and especially based on him saying after the team’s second preseason game against the Green Bay Packers that incumbent punter Jordan Berry needs to be more consistent moving forward. Tomlin also reminded the media that Berry’s challenger this year, Matt Wile, only didn’t punt in the game against the Packers because the team decided to let him handle the other kicking duties so that kicker Chris Boswell could have the night off.

Both Berry and Wile punted in the Steelers third preseason game against the Tennessee Titans this past Saturday. Berry punted just twice in the first half with his first effort traveling 35 yards to the Titans 8-yard-line where it was effectively downed by cornerback Brian Allen. His second and final punt of Saturday’s game traveled 52 yards and was returned 5-yards by Adoree’ Jackson for a net of 47 yards.

As for Wile, he had three second half punts against the Titans that traveled 58, 41, and 47 yards, respectively. The final two punts were fielded inside the Titans 20-yard-line with the first resulting in no return yardage and the second a loss of 6 yards. Wile’s 58-yard effort was returned 7 yards to the Titans 26.

Tomlin would not say on Tuesday how the punting duties would be divided up Thursday night against the Panthers so we’ll have to see what ultimately transpires in that contest when it comes that element of the competition. Neither Berry, nor Wile, can afford to have a bad game should both get opportunities against the Panthers.

Should the Steelers decide to go with Wile instead of Berry this year, they would save a little bit of salary cap space in the process. Wile is scheduled to earn just $555,000 in 2018 should he make the 53-man roster this year while Berry is set to earn $1.907 million in 2018 after being given a low-level restricted tender earlier in the offseason.

“You know, it’s a final exam,” Tomlin said Tuesday when asked how much a player’s performance on Thursday night in the team’s preseason finale can impact a few final roster decisions. “It’s weighted. It is, because you want to see how they perform under duress or anxiety or pressure because that’s reflective of this journey we’re about to get on that is a regular season. So, I don’t mind drawing them all in, telling them how important this game is because it is and seeing how they perform knowing all of that. I think you’re learning a little bit about them in the midst of that and that’s okay.”