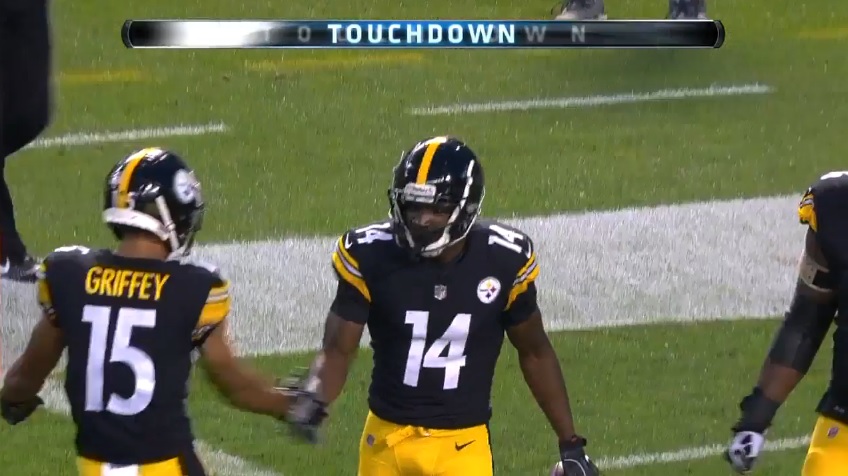 Ok, ok. I know it’s the preseason, so please don’t remind me in the comments, but for a Randy Fichtner led offense, the Pittsburgh Steelers passed the test. In the four preseason games this year, they put up 120 total points, including 39 in Thursday’s finale against the Carolina Panthers.

That perfectly comes out to an average of 30 points per game, the magic number aimed for under Todd Haley but rarely achieved.

Historically, it’s the third best offensive output in Steelers preseason history. These are the only three years where the team averaged 30+ points in the preseason.

They began the season by putting up 31 in the opener against the Eagles. 34 more came in the shootout loss to Green Bay followed by their “worst” performance, 16 in the tune up versus Tennessee. Then the 39 against Carolina. 2018 and 1974 are the only two years where they’ve had three 30+ point games and in the latter, they played six preseason games.

Again, I know it means little. Ben Roethlisberger played three drives, Antonio Brown held out entirely, and Le’Veon Bell is rapping about how underappreciated he is. Still, it’s nice to see this offense thrive doing so at times on the ground or through the air and I love weird stats. Having four competent quarterbacks goes a long way to having this kind of preseason.

Fichtner’s goal is to obviously make this offense as potent as possible and there’s every expectation for it to be a top three unit in the NFL with eyes on that top spot. Improving the red zone offense, a sore spot under the entire Mike Tomlin era, will go a long way to achieving that.

It’s almost a rite of passage for Steelers’ fans to hate their offensive coordinator, fairly or unfairly. But if Fichtner can replicate what’s been done this last month into the regular season, Steelers Nation might actually want to buy this guy a beer.