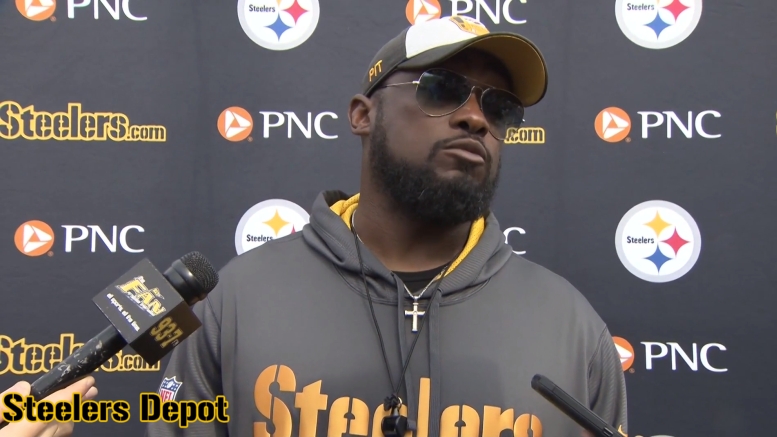 The Pittsburgh Steelers may be back at Heinz Field working in the UPMC Rooney Sports Complex, but the team has for all intents and purposes still been in training camp mode according to Head Coach Mike Tomlin, who told reporters over the weekend that that would change after they reconvene following tomorrow’s off day.

This week will end with the Steelers’ first game at home, and it will be the third preseason game, the ‘tune-up’ game for the regular season, which Tomlin takes seriously. He uses this third preseason game to simulate the trappings of a meaningful game, loosely going about the entire process as though the end result were going to matter.

That includes meetings in which position groups actually discus the gam plan for a specific opponent. Even something as simple as the offensive line gathering at center Maurkice Pouncey’s house during the week leading up to the game in order to bond and go over film is going to be a feature of this week, according to Marcus Gilbert.

But we are just coming out of ‘training camp’ mode now, ending with the team’s open practice inside Heinz Field, something that Tomlin says he specifically likes to do prior to their first home preseason game in order to eliminate any non-football angst associated with it. Figuring out how to get to the stadium, stepping inside for the first time, etc. All the jitters associated with these practicalities get taken care of beforehand.

While they may be revving it up for their upcoming opponent, however, that doesn’t mean that they are entirely switching gears to regular season mode, as it’s not in the nature of the preseason. There is still a fourth game to be played, one that is generally populated by players who are not going to make the team or who are on the bubble.

This is essentially a bye week for most of the starters leading up to the regular season opener. Perhaps they get an early jump at planning for their first meaningful opponent—the Cleveland Browns in this case—but they will not be practicing or participating in the manner that is indicative of a typical in-season week.

While we all appreciate the fact that football is back, and training camp in particular can be a lot of fun to cover, I’m sure that many of you are just ready to get the real thing going already. Saturday’s game will bring us a little bit closer to the real thing in the manner in which it is played, but at the end of the day, the score is still not going to matter, and so it cannot possibly be the same. But we’re getting there.