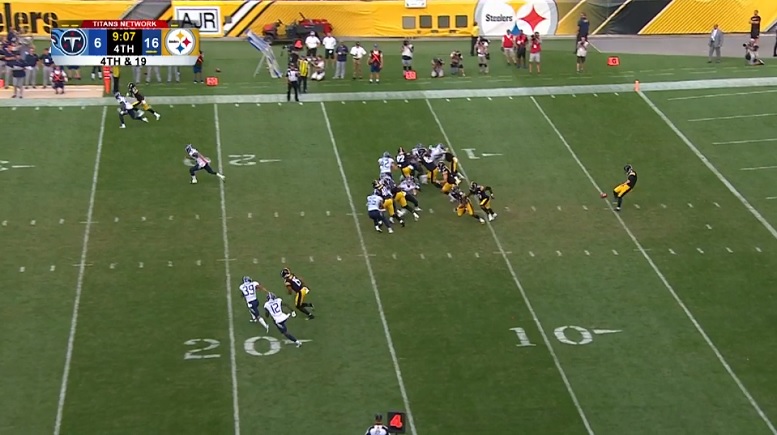 I was not really expecting there to be much of a training camp competition for the Pittsburgh Steelers last season after they used a sixth-round draft pick on long snapper Colin Holba to replace their longtime mainstay in that spot, Greg Warren. Kameron Canaday was just a guy that they had signed beforehand.

In fact, the Steelers actually cut Canaday after the draft before eventually re-signing him, and he was thrust into a battle with the rookie draft pick, of which he emerged the victor. And it looks like we just witnessed a punting battle as well between fourth-year Jordan Berry and first-year Matt Wile.

And to be honest, I can’t say he’s not going to lose this one.

When Berry won his own kicking competition, it came with a qualifier, as the New York Giants offered the Steelers a seventh-round pick for Brad Wing, their incumbent. If somebody offers a seventh for Berry, I think the team moves him.

In fact, I think they may even release him. He has been only an average performer up to this point in his career through three seasons, and Wile has had a much better preseason than he did. Berry actually had a rough preseason, the worst of his four summers with the team.

Wile got the opportunity to punt twice in the opener, averaging 48 yards gross and 47.5 yards net. One punt was fair caught, one returned for a yard, with a long of 56 yards. Against the Titans, he punted three times, averaging a gross of 48.7 yards and a net of 48.3, with two fair caught. Three of those five ended up inside the 20.

He got one shot to punt last night and made the most of it, booming a 50-yarder that was fair caught inside the 20-yard line. Berry punted just once as well, a 36-yarder, but it was a good punt that ended up being fair caught at the 14.

But he’s shanked two or three this preseason. He netted just 31.8 yards on six punts in the second preseason game with only one of them ending up inside the 20-yard line, and none of those short punts were due to touchbacks.

One of Berry’s biggest issues has been a lack of sufficient hangtime, which limits his range. Even in the regular season, when he has his top gunners, you can almost be sure that any kick he hits beyond 50 yards is going to get returned. He had three of those six punts returned that night for 76 yards.

To complicate things even further, Berry has a cap hit of nearly $2 million this year. Wile would be the cheaper option that would save over $1 million in salary cap space. The Steelers had a revolving door at punter for years and seemed okay with it. Could they be opening that door again?