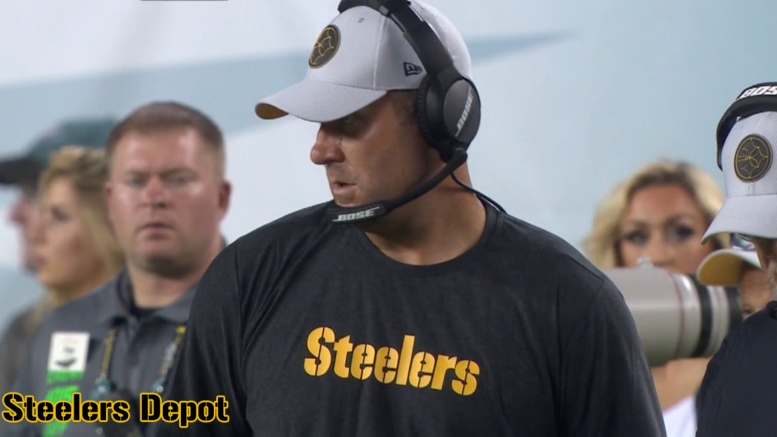 The high road might indeed be the one less traveled but in the case of Pittsburgh Steelers quarterback Ben Roethlisberger on Tuesday, it’s the one he chose to take when asked about some comments made recently about him by Jacksonville Jaguars cornerback Jalen Ramsey during an interview with GQ magazine.

“Big Ben [Roethlisberger], I think he’s decent at best… It’s not Big Ben, it’s [Antonio Brown]. Big Ben slings the ball a lot of the time. He just slings it, and his receivers go get it. He has a strong arm, but he ain’t all that,” Ramsey said of the Steelers quarterback when asked to comment on several of the league’s current top quarterbacks during his interview for the men’s magazine. “I played him twice last year, and he really disappointed me. He’ll be in the Hall of Fame and all that.”

Roethlisberger’s response on Tuesday when asked to comment on Ramsey’s recent quotes about him was one you would expect to get from a player entering his 15th season in the NFL.

“The awesome thing about this country we live in, everyone’s entitled to their opinion,” Roethlisberger said. “I think he’s a fantastic football player and I think we play them at some point and they got the best of us last year. So, I guess he has the right to say whatever he wants.”

Ben Roethlisberger calls Jalen Ramsey a "fantastic player" who "has the right to say whatever he wants." pic.twitter.com/ImpqMNkniX

While Ramsey and the Jaguars did indeed have their way with the Steelers twice last season with the final time being a 45-42 playoff win at Heinz Field for the right to go to the AFC Championship game, the quarterback will get another chance to redeem himself against Jacksonville this upcoming season as the two teams will meet in Week 11 in Jacksonville.

In the meantime, Roethlisberger can hang Ramsey’s quotes about him in his locker as bulletin board material should he choose to do so. A few quarterbacks that Ramsey disparaged during his magazine interview have already handled the remarks made by the Jaguars cornerback about them a little different than Roethlisberger did on Tuesday. In fact, New York Giants quarterback Eli Manning was asked just last week to respond to Ramsey saying that his success was simply the product of wide receiver Odell Beckham Jr. Manning at first resisted saying anything at all except “No comment.” However, he then immediately under his breath asked one simple and short question. “Who?”

Manning and the Giants, by the way, will open their 2018 regular season against Ramsey and the Jaguars at home.