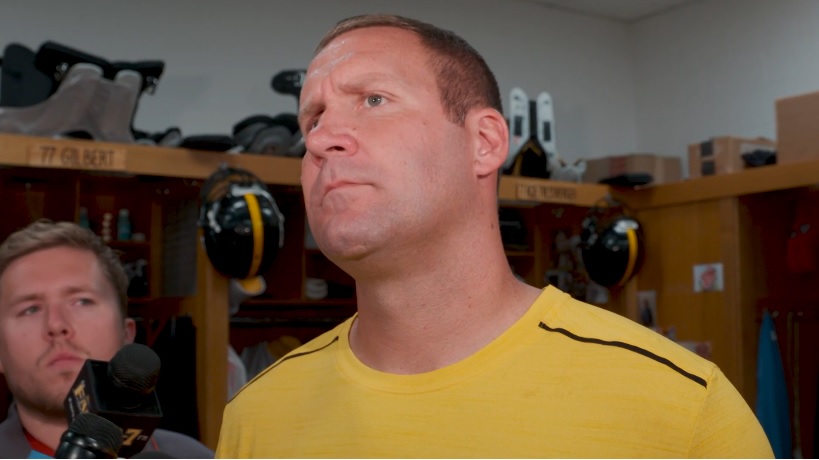 He attributed that to a practice plan that’s been in place for the last few years, working one full day, then a half day, followed by a rest day. Combine that with a slightly slimmer looking #7, and you have a quarterback prepared to play at least the next three seasons.

“My arm feels stronger than it ever has,” Roethlisberger added. “That’s always the big key after practice. How many times am I putting ice on my body? I think it was one time this year in camp. So that’s a good sign.”

From what I saw at camp, there was one practice where he had ice on his right knee but a much different looking #7 post-practice than 2017, where at times he looked one sack away from disintegrating.

Safe to say Ben Roethlisberger is done for the day. https://t.co/oCs6u5iJ8b pic.twitter.com/JRodakGesJ

While I’m sure it’s a little hyperbolic to say he’s better now than ever before, it’s reassuring to hear Roethlisberger feels good before the season begins.

Though a non-story at this point, Roethlisberger confirmed he didn’t suffer a concussion despite leaving early during the last practice of training camp. He said he collided with right tackle Marcus Gilbert, falling down and hitting his head and may have gotten the wind knocked out of him, too.

But he said he passed every concussion test, both at St. Vincent and Pittsburgh. He practiced this past week and is expected to play a quarter Saturday afternoon against the Tennessee Titans. The team has chosen to hold him out the last two weeks, following the same plan as the last several years in an attempt to preserve that arm and keep it feeling strong throughout the season.