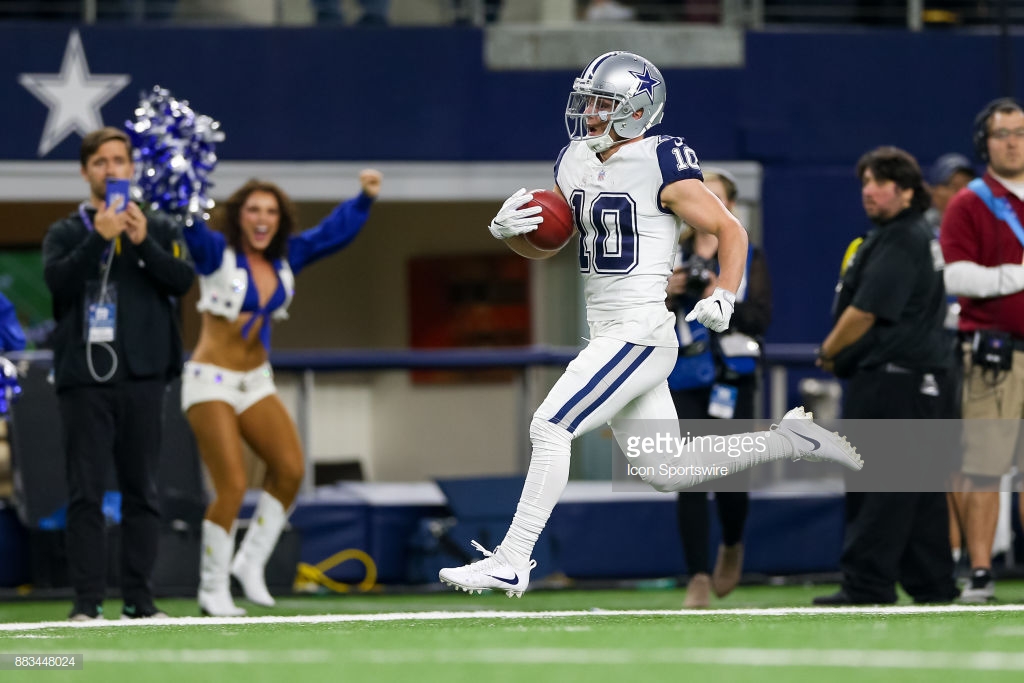 Kevin Colbert always looks to pull off some preseason wheelin’ and dealin’. And it sounds like he’s about to again. WR Ryan Switzer is reportedly about to be dealt to Pittsburgh. That comes from Yahoo’s Jordan Schultz, who sent this tweet out moments ago.

TRADE: #Steelers and #Raiders are finalizing a trade to send WR Ryan Switzer to Pittsburgh, per league source.

UPDATE (2:30 PM): The Steelers have traded a 5th round pick for Switzer. Ian Rapoport reports the Steelers will net the Cowboys 2019 6th round selection.

The #Steelers acquired WR Ryan Switzer and a 6th rounder in 2019 from the #Raiders in exchange for the #Steelers’ 5th rounder, source said.

Switzer, a 4th round pick in the 2017 draft, was dealt from Dallas to Oakland in late April. He will fill a need as a slot receiver and return man for the Steelers, two areas the team has a need at.

Last year as a Cowboy, he averaged 25 yards per kick return and 8.8 on punts. One punt return went for a touchdown. He also caught six passes and carried the ball four times.

Here’s that punt return touchdown, bringing it back 83 yards in Week 13 against Washington.

Ryan Switzer's immediate impact will come as a return man. As a rookie, he returned this 83 yard punt for a TD against Washington. #Steelers pic.twitter.com/UvBhGwfatk

Here he is taking the opening kickoff versus Philly 61 yards out.

Here’s Switzer mic’d up at training camp with Oakland. Dallas sent him to the Raiders in exchange for DL Jihad Ward. It’s unclear what the Steelers are giving in return. The two teams previously worked out a deal this season, Pittsburgh sending Martavis Bryant for a 3rd round pick.

Draft picks involved in a trade that is complete. https://t.co/y4Sv7ibu99

Just spoke to Ryan Switzer. He said he found out about the trade "this morning" and is "heading to Pittsburgh tonight." https://t.co/OLxov62X05

Here is the scouting report we wrote on Switzer last season.

And what it means for everyone else.

Here’s what I wrote about Switzer at the Senior Bowl.

“Ryan Switzer/WR North Carolina: The best receiver in Mobile. Nuanced route runner and at a different level in terms of the ability to separate than anyone else. It’s not just because he’s small. That makes him quicker but he uses his entire body to sell the route and get the CB to outleverage himself. He has a good pair of hands and can run every route, even catching a fade on the final day of practice. Energetic player too and that’s always a bonus.”