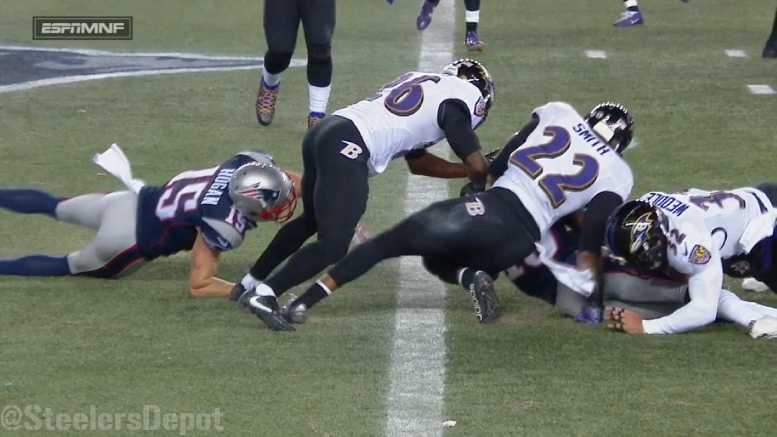 According to a Monday night report by Jeff Zrebiec of The Athletic, Baltimore Ravens cornerback Jimmy Smith is currently appealing a multi-week suspension for an undisclosed violation of the league’s personal conduct policy.

Smith, who is not playing in the Ravens Monday night preseason game against the Indianapolis Colts, could possibly be facing a multi-game suspension related to domestic violence and drug use allegations, according to the recent report. Smith also reportedly left the Ravens over the weekend after two days of joint practices with the Colts to meet with league officials on Monday.

It certainly will be interesting to see how this situation ultimately plays out for Smith and the Ravens as he’s easily the team’s best cornerback. Last season, Smith, 30, missed the Ravens final four games with a torn Achilles. He also served a four-game suspension for testing positive for performance-enhancing drugs to end the 2017 season.

The Ravens will open their 2018 regular season at home against the Buffalo Bills. Their fourth game of the season is against the Pittsburgh Steelers at Heinz Field.