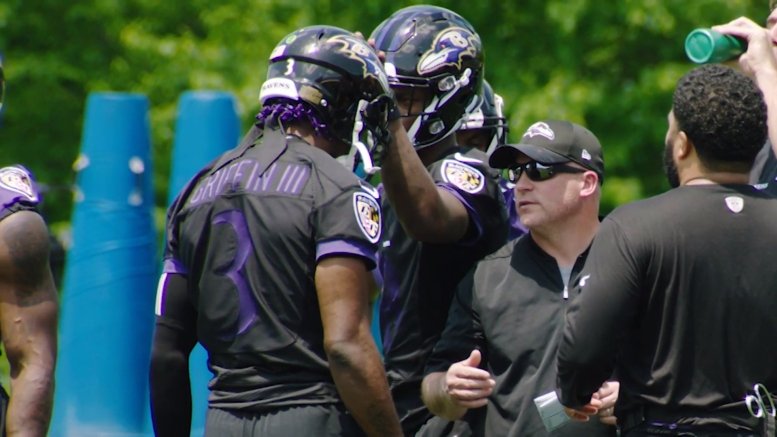 While the Pittsburgh Steelers spend the next roughly 34 hours trying to figure out how they are going to settle their quarterback situation with four players in the mix, and whether or not it’s feasible to carry all four of them, the Baltimore Ravens—among the teams who prefer to carry two—will be spending these final days making a decision over whether or not Robert Griffin III will make their team.

Should Griffin be released (or traded), then the Ravens will be going into the regular season with a backup quarterback in rookie first-round pick Lamar Jackson who not only has zero NFL experience but who also was seen as a player who needs time to develop.

The Ravens did not give Griffin any playing time in their preseason finale, but after the game, Head Coach John Harbaugh said of him that he “really didn’t need to play” and that he’s a player that you want on your team, but he has to see how the numbers work out.

This is especially true because they plan on having him play along with Joe Flacco. You expose yourself to increased risk of injury to the most premium position when you put both of them on the field at the same time, and doing things they don’t ordinarily do. There will be times that Flacco will be on the field with Jackson under center, and not in a Wildcat scenario where he’s just asked to not get in the way.

Back in Pittsburgh, Ben Roethlisberger fawns over Landry Jones, who has been his primary backup for the past two and a half seasons, talking about his advanced knowledge of the offense and of the fact that he trusts what Jones sees and tells him as much as what he sees himself.

Griffin has taken a lot of criticism over the years, but I believe he is a veteran who knows the game, and especially in his later years has learned more how to be a pocket passer and to see the game from that perspective.

He has also performed well, by the way. During the first three preseason games, he completed 20 of 30 pass attempts for 185 yards and one touchdown pass with no interceptions. He also recorded six rushes for 45 yards (he had two kneeldowns in the opener for minus-two yards that I don’t include here).

Griffin has played sparsely over the past three years. He was completely out of the league in 2017, and sat on the bench in 2015. He landed a starting job with the Cleveland Browns in 2016 but was injured in the regular season opener. He started five games, completing 87 of 147 pass attempts for 886 yards and two touchdowns with three interceptions and two rushing touchdowns.