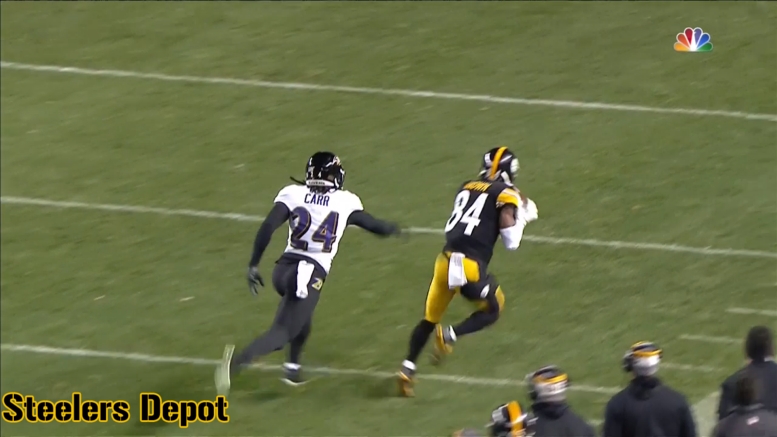 The Baltimore Ravens signed veteran cornerback Brandon Carr in free agency last year because they needed the help at the position. While he was still a quality performer, arguably his greatest asset was that he was always healthy and available. Upon completing his 10th season in 2017, he has started 160 consecutive games.

But from what the team has been showing so far this year, that starting streak is soon going to come to an end. With top cornerback Jimmy Smith having been a full participant all throughout training camp after recovering from another injury, the Ravens are set to start second-year cornerback Marlon Humphrey instead.

A first-round draft pick in 2017, Humphrey might not have even played as a rookie were it not for a series of injuries, starting with projected starting slot cornerback Tavon Young, who had success in that spot the year before. He missed the season with a torn ACL, opening the door for Humphrey, and he got to start after Smith went down.

This has been an ongoing discussion, and there was even consideration of releasing Carr, who is making $6 million this season, excluding $1 million in prorated money. If he were to be released, the Ravens would recoup $5 million in cap space, though they don’t have a pressing need for it.

But that is a lot of money to pay for a cornerback who is not starting, and they know that. One of the reasons that he was kept, and is still here, however, is as an insurance policy for Smith, who gets injured nearly every year.

The Ravens have really talked up how good Carr has been for the team off the field, and Humphrey even credited him heavily with helping him to learn the cornerback position at the professional level, realizing that it takes much more than just natural ability to find success, which one can get away with at the college level.

The 11th-year veteran had a couple of ugly games last season against the likes of Pittsburgh Steelers wide receiver Antonio Brown and DeAndre Hopkins of the Houston Texans, but those are two of the best players in the game, and have made almost every cornerback they’ve ever gone up against look bad from time to time.

Carr’s active starting streak is the second-longest in the NFL right now behind Philip Rivers, but he’s not overly concerned about it potentially coming to an end. In fact, he expressed happiness about Humphrey potentially beginning the same journey that he has been able to enjoy for the past decade.