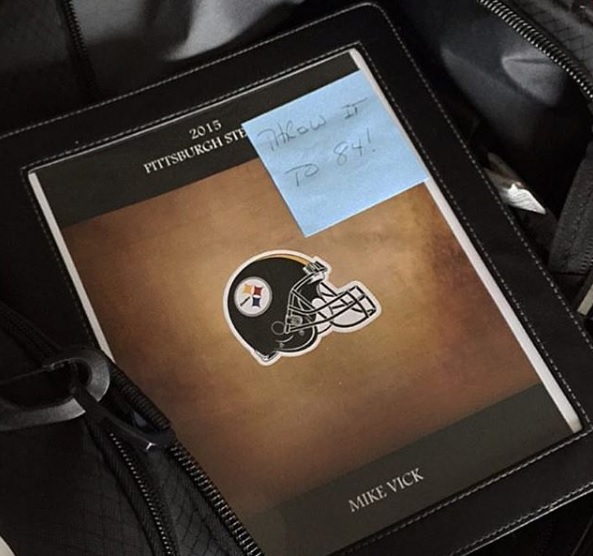 The Mike Vick era in Pittsburgh was far from a successful one. Coming in on the fly, a new system, a new offense. When Vick picked up his playbook, the Steelers gave him one message to try to make the transition a smooth one: throw the ball to #84.

In an Instagram post sent out earlier Friday afternoon, Vick shared a photo of the note attached to his playbook when he signed with the Steelers.

#fbf to when the Steelers handed me the playbook…with a lil helpful piece of advice! @ab 😂💪🏿

Unfortunately, that plan sounded better on paper – literally – than it did in action. Antonio Brown was limited to under 50 yards in all three games Vick started, before finally getting benched versus Arizona, as the Steelers passing game tanked for several weeks.

As a Steeler, Vick went 40/66 for 371 yards, two touchdowns, a pick, and was sacked a whopping 10 times. Those would be the last games of his NFL career.

Still, getting the ball to a future Hall of Famer is never a terrible idea.