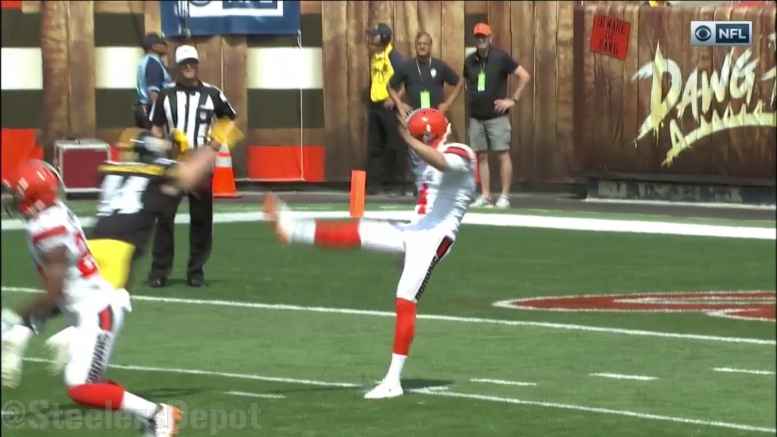 The Pittsburgh Steelers had two players ranked in the top 10 league-wide for their special teams play last season, according to Pro Football Focus. Those two players are inside linebacker Tyler Matakevich and fullback Roosevelt Nix.

Matakevich, according to PFF, finished fifth-overall last season in special teams play grading when compared to other players with 200 or more snaps. Nix, on the other hand, ranked right behind his teammate at sixth-overall.

The high rankings for Matakevich and Nix aren’t really that surprising, however, as both have been regarded as strong special teams players while with the Steelers. Both are core group players and last season Matakevich recorded 13 total tackles on special teams in addition to blocking one punt. Nix, on the other hand, was credited with 10 total special teams by the NFL last season. He came close to blocking a few punts as well.

According to their site grades, PFF has Steelers outside linebacker T.J. Watt (82.4) and cornerback Mike Hilton (74.7) as the team’s next highest graded special teams players behind Matakevich and Nix. Both players, however, only logged just 122 and 128 total special teams snaps, respectively. One would think that Watt won’t be asked to play as many special team snaps in 2018 so look for outside linebacker Keion Adams to potentially absorb those if he ultimately makes the 53-man roster. Adams sat out his rookie 2017 season with a shoulder injury.

While outside linebacker Anthony Chickillo (48.1) figures to be back on the Steelers 53-man roster in 2018 as a backup and core special teams player, safety Robert Golden (65.2), the team’s up-back last season on punts, has long been parted ways with.

Golden, by the way, logged the second-most special teams snaps (286) for the Steelers last season. One would think that new Steelers safety Nat Berhe (65.1) will be the one to fill Golden’s vacant shoes. Berhe logged 259 total special teams last season with the New York Giants on his way to registering a team-high 10 total tackles.

Among all players with 200 special teams snaps last year, the #Steelers had two players ranked in the top 10 in ST grade!