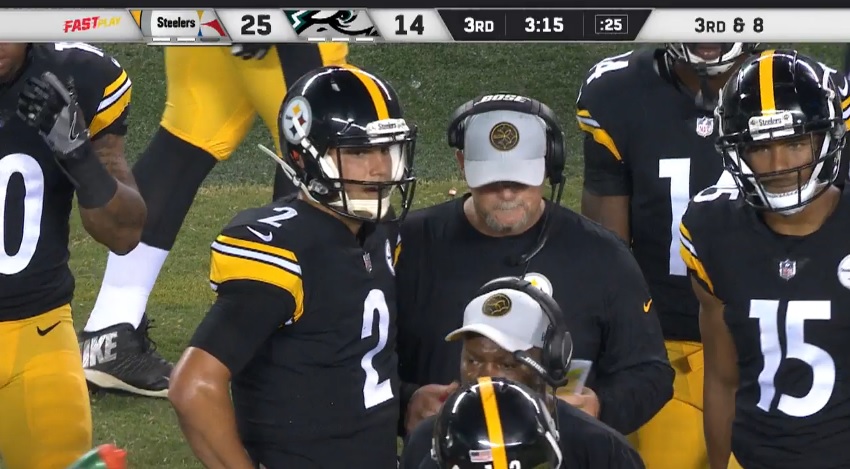 Leading up to the 2018 NFL draft, there was a lot of speculation of which quarterbacks would be drafted in the first round. Five were selected, matching the 1999 draft and only exceeded by the 1983 draft where three of the six quarterbacks selected in the first round are now in the Hall of Fame: John Elway, Jim Kelly & Dan Marino. The 1999 draft was not as fine a crop. The best was either Donovan NcNabb or Daunte Culpepper. The 1st overall pick on 1999 was Tim Couch selected by … the Cleveland Browns.

It’s still to be seen whether this year’s vintage of highly rated quarterbacks will age into a fine wine like 1983 or be more pedestrian ala 1999. Here are the five 1st round picks of 2018:

What makes this interesting for the average Pittsburgh Steelers fan is the next quarterback selected in this year’s draft. Mason Rudolph in the third round who was the 76th overall pick. Here is how they have done so far in the preseason (stats via CBS Sports):

I’ve included Josh Dobbs just to see how he stacks up in the preseason. Jackson will end up with an extra preseason game but just have his first two listed here. Also included yards per completion to get a sense of how long their passing attempts are.

Here are their Combine Measurements from Pro Football Reference:

Now you never know, some quarterback selected in the sixth round like Luke Falk or Tanner Lee will become the next Tom Brady but odds are that the passers that end up with the best career will come out of the top six. How do you think Mason Rudolph will stack up against those with a higher pedigree?

In the 2018 Memorial Day Weekend: Steelers Friday Night Five Questions, I committed to play songs that Steelers Depot respondents had suggested might be the new Steelers anthem if Renegade by Styx was ever replaced. Here is entry ten of 45 from Darth Blount47: The Wizard by Black Sabbath.