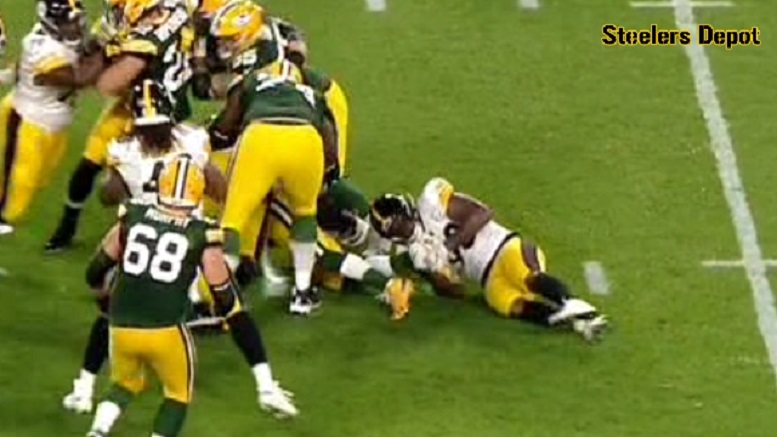 Green Bay Packers running back Jamaal Williams believes Pittsburgh Steelers inside linebacker Vince Williams purposefully tried to hurt him during the first half of the Thursday night preseason game between the two teams.

According to Ryan Wood of the Green Bay Press-Gazette, Jamaal Williams, indicated Sunday that Vince Williams unnecessarily twisted one of his ankles during a tackle attempt on a 1st and 10 play in the second quarter of the Thursday night preseason game at Lambeau Field.

“He could’ve stopped and let go of my leg a long time before,” Jamaal Williams said, according to Wood. The Packers running back added that he thought the tackle was “most definitely” a dirty play and said it was “very unnecessary” to twist his ankle.

I pulled the play in question below and you can see it below. Quite honestly, it doesn’t appear as though Vince Williams did anything more than try to get Jamaal Williams down on the ground by his ankle. Additionally, it appears as though once successful in doing so, he quickly let the ankle of the Packers running back go. What do you think?

Jamaal Williams ultimately stayed in the game and looked no worse for wear on the next play as he delivered a nice pass protection block on Steelers blitzing cormerback Cameron Sutton. The Packers running back also said Sunday he expects to practice this week.

“It’s nothing serious,” he said.

If it is indeed nothing serious, then perhaps Jamaal Williams should just consider his ankle ailment as being an expected bump or bruise associated with playing football.