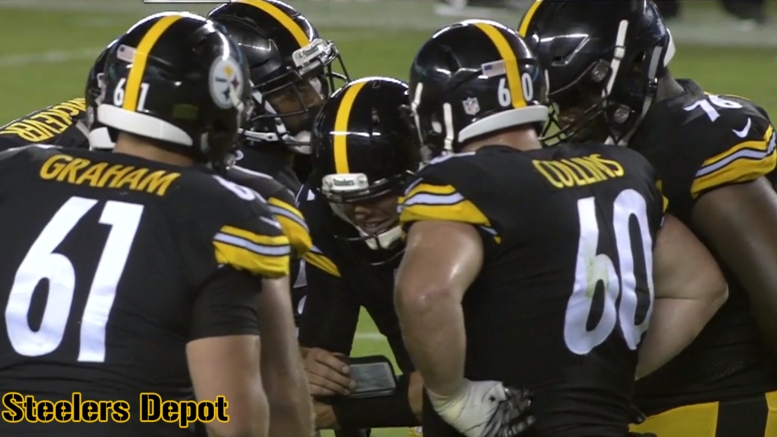 While the Pittsburgh Steelers are (currently) down three offensive linemen from last season, one of the surprises of the summer so far has been, in my opinion, how well the depth of the group has held up to scrutiny—and pass-rushers—so far.

Pittsburgh had perhaps the deepest group of linemen last season that they’ve ever had, including Chris Hubbard as a very reliable backup tackle who started the majority of the season at right tackle and earned himself a starting contract with the Cleveland Browns this season.

Jerald Hawkins was supposed to be the player who would step up and take over that swing tackle role, but a season-ending injury during OTAs caused that plan to go belly-up. At that point, the tackle depth became quite a concern, but the Steelers have gotten good results from their current group so far.

The two primary candidates to date are rookie third-round pick Chukwuma Okorafor and Jake Rodgers, a first-year college free agent who has been around the block a bit. Both of them performed admirably in the opening preseason game, helping to boost confidence in the team’s depth behind their starters.

More comfortable are they in their interior depth with B.J. Finney and Matt Feiler. Finney already has five quality starts at left guard under his belt, and two more starts at center, though one performance was average and the other truncated by injury.

Feiler, however, is only a second-year player, and so still has much to prove. He got to start in the regular season finale last year and showed well. During the preseason opener last week, he seemed to pick up where he left off.

Offensive line coach Mike Munchak essentially said that he’s already sold on Feiler as a guard, knowing he can do that with his eyes closed. What he wants to see now is what he can give the team at center and tackle. I’m personally hoping to see him take reps at tackle tonight, because he may well be the third-string tackle during the regular season.

It’s often the case, and has been in the recent past, that preseason games would get uglier and uglier the deeper you get into games because there just isn’t enough offensive line talent to be able to protect quarterbacks or block for running backs.

This is a league-wide problem, yet the Steelers seem to have had better fortunes. They finished the game with players like R.J. Prince and Larson Graham, a couple of rookie college free agents in whom they believe there is development potential.

But it’s imperative that this positive play continues beyond the first preseason game. Players like Okorafor and Rodgers and Prince have to string together several games of at least competent performance before we can rest and say that the depth is truly better than we might have feared.