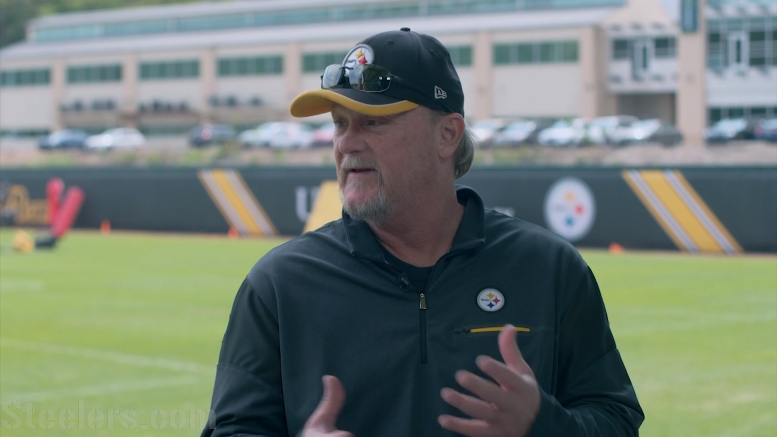 Are you ready for some Pittsburgh Steelers preseason football?

The Steelers will start their 2018 preseason in a little less than an hour from now and tonight’s game against the Philadelphia Eagles will mark the debut of new offensive coordinator Randy Fichtner, who had previously been the team’s quarterbacks coach.

#Steelers OC Randy Fichtner will make his debut calling plays from the sideline. No experimenting with the booth

According to Missi Matthews of steelers.com, Fichtner will be calling plays on the sideline Thursday night and not the coaches’ booth. Additionally, she reports that head coach Mike Tomlin has said the team won’t experiment with Fichtner in the booth during the preseason.

Tomlin talked last week on SiriusXM NFL Radio about Fichtner taking over as offensive coordinator and how its now his turn to put his fingerprints on the offense.

“Certainly, and the great thing is we get the opportunity to experience continuity but also have a little change,” Tomlin said. “And by that I mean, he’s new to the position, but he’s not new to Pittsburgh, man. Randy came here with me in 2007. He’s coached quarterbacks within this offense, he’s coached wide receivers within this offense. So, he understands the course and trajectory of this thing and the history, the development of these guys that we’re working with. And I think that knowledge and experience is going to be an asset to him as he puts his imprint, or his perspective, on what it is that we do.”