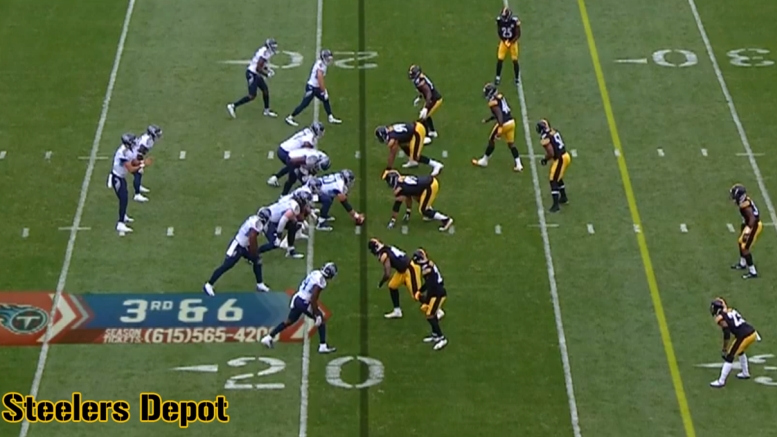 Pittsburgh Steelers rookie college free agent inside linebacker Matthew Thomas got the opportunity to show some flashes over the course of the first two weeks of the preseason. We had heard all offseason that the team was trying to get a long look at him. Earlier today, he got a look with the first-team defense in a passing situations sub-package, which he said after the game is called the ‘Seminole’ defense.

ILB Matthew Thomas says there’s a name to the package that got him in the game with the first team: ‘Seminole.’ Thomas played college ball at FSU.

That seems to be a testament to how much the Steelers like him and are interested in keeping him on the roster, but he continued to play throughout the evening, pretty much closing out the game. He showed up often both on defense and special teams, leading the team in tackles, finishing with seven, at least two of which came on special teams.

I spent some time this past week throwing out the hypothetical possibility that the Steelers would actually be intrigued enough by Thomas’ athletic ability and performance to date to give him a role on defense by the end of the season. After this game, it doesn’t sound as crazy.

And there is some logic behind it. The Steelers’ top three inside linebackers are all profiled as players that are not plus performers in coverage. Thomas’ athleticism at least gives him the possibility of that sort of development that would allow him to be a performer in that area, and they already tested out his ability to rush the passer in the opening preseason game.

But before we get ahead of ourselves, let’s just pause for a moment and acknowledge that he has put together three solid preseason games now. Chances are he will see an extended amount of time in the preseason finale as well. He may end up leading the team, or at least the defense, in preseason snaps when all is said and done.

It’s a virtual foregone conclusion at this point that the Steelers are going to keep Thomas on the 53-man roster. He has recorded 12 tackles so far this preseason, and, as mentioned, has been making plays both on defense and special teams.

But Tyler Matakevich and L.J. Fort are also continuing to do well on special teams, even making some plays on defense. While it seems as though the thought of Matakevich working in the starting lineup over Jon Bostic has come and gone, he is one of the Steelers’ top special teams players.

Every way I try to sort it, I’m having a hard time figuring out how the team carries fewer than five inside linebackers this season. Thomas reminds me of Terence Garvin as a rookie in 2013, who became a fixture on special teams as a college free agent and earned himself some playing time in the process.