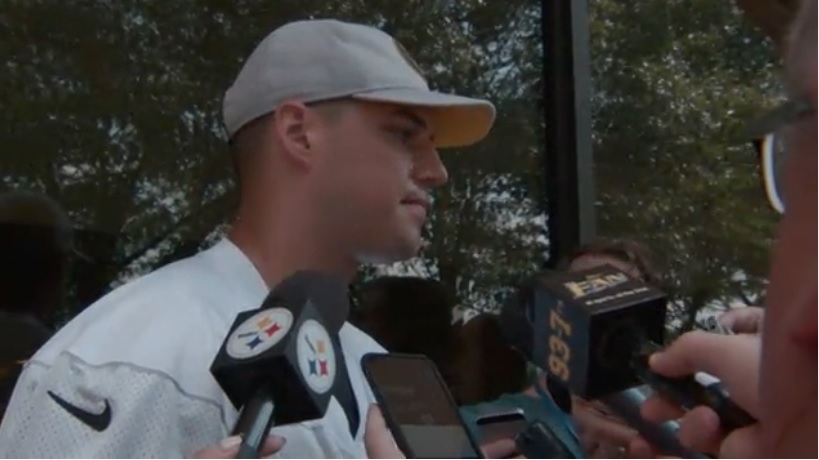 Here’s the thing they don’t tell you about training camp.

It’s hard not to. They know the offense’s playbook inside and out. Watch the offense go through its warmups at the very start of practice and they’re installing whatever plays they will run during the day. The reverse to a wide receiver you saw in team drills? That’s the first thing the offense did.

Get into a stadium against a brand new defense and they have no idea what to expect. For Mason Rudolph, that’s a great thing. And bad news for the Philadelphia Eagles.

“You get out there, you’re playing your own team every day,” he told reporters recently on Steelers.com. “You get frustrated because they start to learn your calls. They’re cheating on your install sheet. They’re printing your stuff out. They’re gameplanning against you. Then you get out there in a game and it’s easy. Those guys are scared. They’re tight. They want to be in their spots, they don’t want to be yelled at by their coaches. Then you end up scoring points and driving down the field. That’s the way I feel this is going to go.”

Rudolph, as we’ve written about several times over the last week, has shown steady improvement during camp. He, however, deferred to reporters when asked to quantify how big of a step he’s taken, saying he was only focusing on progressing every day.

For a rookie, he sounds supremely confident without crossing the line into arrogance.

“Obviously, Philly’s a great team and they’re going to have their guys well coached. But so are we. I’m looking forward to it.”

In yesterday’s press conference, Mike Tomlin indicated his intention is for all three quarterbacks – Landry Jones, Josh Dobbs, and Rudolph – to play, though fell short of guaranteeing it. Jones will certainly start and probably play the first quarter. From there, it’s anyone’s guess to know how things will go. Rudolph said he’s been informed by coaches the gameplan but declined to divulge details. We’ll find out in a little more than 24 hours.