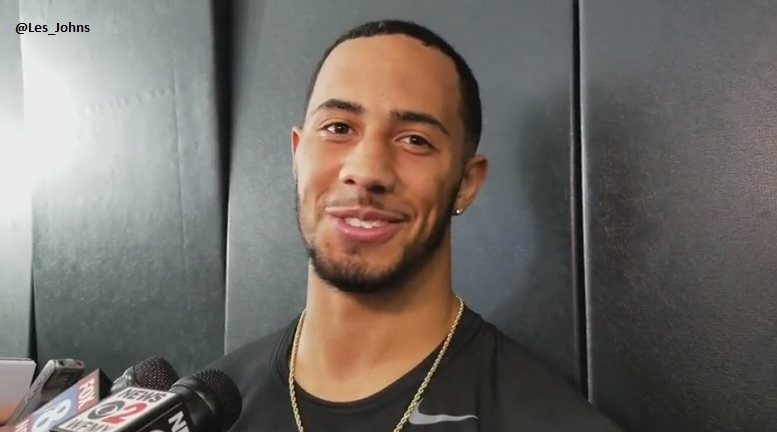 One of the popular topics of conversation for Pittsburgh Steelers fans as it pertains to the Cincinnati Bengals in recent years has been to keep tabs on the players that the AFC North rivals have drafted that they wanted the Steelers to draft. The Bengals have gotten a few of them in recent years (William Jackson III, Carl Lawson) and added to that list even more this draft with the addition of safety Jessie Bates.

Of course the Steelers were probably not going to take Bates anyway after drafting a safety in the first round, but he was a player that the team expressed interest in and seemed like a logical fit. And so far it sounds as though he is doing pretty well for the Bengals, in case you were wondering.

“He’s gifted and as talented as we expected”, Head Coach Marvin Lewis said of the rookie safety. “He came up in some nice fits in the run game and made some good tackles. He’s what we wanted. He’s demonstrated in practice how to get to the right spots on the field, and we just have to keep moving”.

Bates is not a player that the team needs to be an immediate starter. Cincinnati already has George Iloka and Shawn Williams, both of whom have been established as starters for the team. They have even signed both players to contract extensions. But it might not be long before he gets playing time.

“The biggest thing for him is handling the different ins and outs of the game — the situation, the down and distance, field position and all those things”, Lewis said. “We have been pushing him in (the game) early, and you want to see him take command when he has to take command. He could end up being the guy back there real quick. You have to keep urging Jessie to move forward”.

While Andrew Billings has not yet taken the world by storm as the next great big man in football, Jackson has developed into a very good cornerback, and Steelers fans will always compare him to Artie Burns, the cornerback they drafted right after the Bengals took Jackson in 2016.

I’m sure the team’s fans will compare and contrast Bates with the Steelers’ first-round pick, Terrell Edmunds as well, especially those who insist even to this day that it was absurd for them to draft him in the first round because of course nobody thought he was a first-round talent and he would have been available in round two.