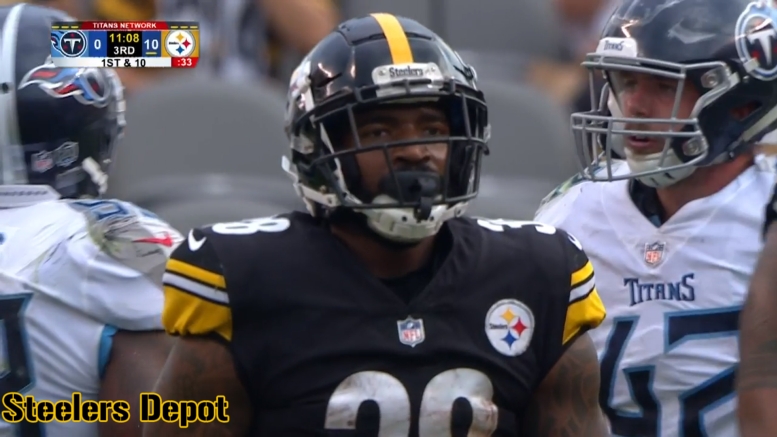 The fourth preseason game is an important one for a lot of players on any team’s 90-man roster, but it’s not important in the same way for everybody. For the majority, it’s about how well they perform in the game. For others, the more important factor might be how much—or more accurately, how little—they play.

For a player somewhat on the roster bubble, if you don’t receive a lot of opportunities to stake your claim to a spot, then there is probably a pretty solid chance that you have already shown the coaches what they wanted to see out of you and that it was positive.

I’m thinking that is the case for Pittsburgh Steelers rookie running back Jaylen Samuels, who only received two early touches in the game against the Carolina Panthers. The fifth-round draft pick received extended playing time in the previous two preseason games, playing most of the second half in both cases, and played well.

All told, he finishes the preseason with 28 carries for 86 yards and one touchdown, numbers that don’t sound exceptional on paper but which came entirely playing behind backup linemen. He also received a surprising amount of work in short-yardage situations that would naturally lower a runner’s per-carry efficiency.

Samuels was effectively primarily a slot receiver in college, however, so that was always going to be a big part of his game. In all, he caught eight passes for 50 yards, but that does not include the majority of what should have been a 17-yard touchdown on which he forced a pair of missed tackles.

In all, the rookie back—actually, a player learning to be a full-time running back—received 36 touches over the four games, with only two coming in the finale, and compiled 132 yards of offense that looks better on tape than it does on the stat sheet.

In general, this final preseason game was about the quarterbacks, though. They accounted for 27 touches to 22 for rushes by skill position players in spite of the fact that the offense spent the majority of the second half running out the clock (hence Jarvion Franklin seeing eight carries).

The lion’s share of the attention in the running game was paid to Stevan Ridley, with eight carries, but one would think that if the Steelers were attempting to make a decision between the two, they would have afforded the rookie more opportunities.

Samuels is also a player that the team had been using on special teams, obviously indicating that they believe he is somebody who could help them in that area if needed. Fitzgerald Toussaint was somebody who has done that when on the roster, but they’ve been content to do without him as well.