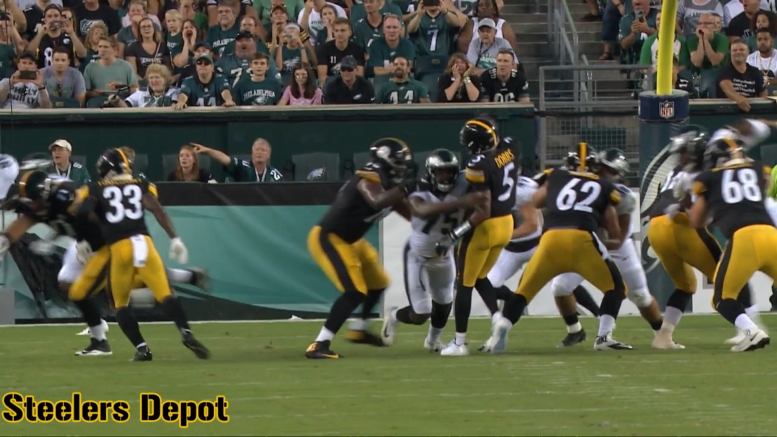 During his pre-game press conference on Thursday, Pittsburgh Steelers Head Coach Mike Tomlin said that it’s unlikely that all four quarterbacks would see the field in tonight’s game against the Tennessee Titans. He also said that Ben Roethlisberger would start the game and that Landry Jones would also play after he was held out last week.

Which means that in all likelihood, one of either rookie Mason Rudolph or second-year Joshua Dobbs is going to be left out in the cold. And if it ends up being Dobbs, and it would be hard not to read that as bad news for the former fourth-round draft pick.

Barring an injury, Dobbs’ best chance of remaining on the roster is for either himself or the rookie to demonstrate the sort of ability and consistency that would award him the trust of the coaching staff and fuel the belief that one of them would be capable of manning the backup position this season.

So far, neither of them have gotten very close to looking like that sort of player, particularly Rudolph, who never looked as though he regained his composure last week after throwing a pick six on the first play of his first ever professional start.

While Dobbs’ numbers actually look impressive on paper, the details of his statistics are quite another matter. In two games, he has completed 21 of 31 passes for a 67.7 completion percentage, throwing for 283 yards and three touchdowns versus two interceptions. He has also run the ball seven times for 46 yards and has not taken a sack.

But when your biggest plays are made by your receiver rather than yourself, or should have been better than they were, you have to look deeper than the numbers. His two touchdowns to James Washington last week could have been interceptions had the wide receiver not made excellent plays. He also hit Washington for a long 54-yard gain on what should have easily been a touchdown if he did not underthrow the wide-open pass.

Dobbs’ decision-making looked to have improved from the previous week, but it would be a shock to me if the coaching staff right now felt that he was a serviceable candidate to be a long-term number two quarterback based on what he has shown to date.

In other words, he needs as many snaps as possible to fight his way onto the team, and he needs to play at a high level, making high-quality throws, when he is out there. But the Steelers also need to give Rudolph as much work as possible, whether he is going to be a healthy scratch all year or not.

When you have four quarterbacks, there will never be enough snaps to go around. Tomlin has done his best so far to give everybody opportunities, but somebody getting shortchanged tonight is going to be hard to avoid, and Dobbs is the one of the group that can least afford to be that player.