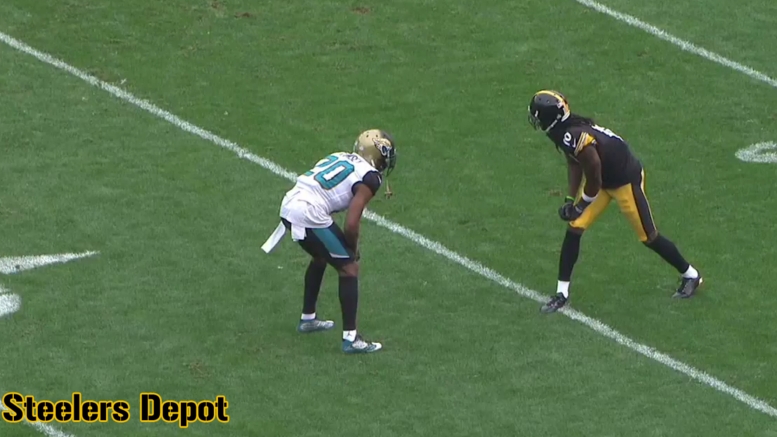 You want takes? Jalen Ramsey has some takes. He went all-in on NFL quarterbacks in an interview with Clay Skipper of GQ, offering his opinion on several of the leagues top or newest quarterbacks. When it came to Ben Roethlisberger, Ramsey offered only very mild praise. Here’s what he had to say.

“Big Ben [Roethlisberger], I think he’s decent at best… It’s not Big Ben, it’s [Antonio Brown]. Big Ben slings the ball a lot of the time. He just slings it, and his receivers go get it. He has a strong arm, but he ain’t all that. I played him twice last year, and he really disappointed me.”

Ramsey did concede that Roethlisberger will end up in the Hall of Fame, though it doesn’t sound like Ramsey would be voting him in.

Of course, this is the same Roethlisberger who threw for 469 yards and 5 TDs while putting up 42 points on the vaunted Jags’ defense in the postseason. Ramsey is using what can now be known as the “David Carr excuse,” pinning the offense’s success on superstars like Antonio Brown. Brown made some incredible catches that day but Roethlisberger worked over Jacksonville’s secondary too.

By the way, Ramsey is suspended for one week after literally threatening war with the media all because they did their job.

@phillip_heilman you know you done messed up right? Lol if y’all want war, we got sum for y’all. & Iknow the rest of y’all (you know who you are) gone read this too so just know #LameAssReporters

Quarterbacks who Ramsey thinks are good? Russell Wilson, praising him for his leadership, and Derek Carr. And, uh, Blake Bortles. Sort of.

So to recap: Roethlisberger is successful only because of his receivers. And the Jags should trust Bortles in the playoffs.