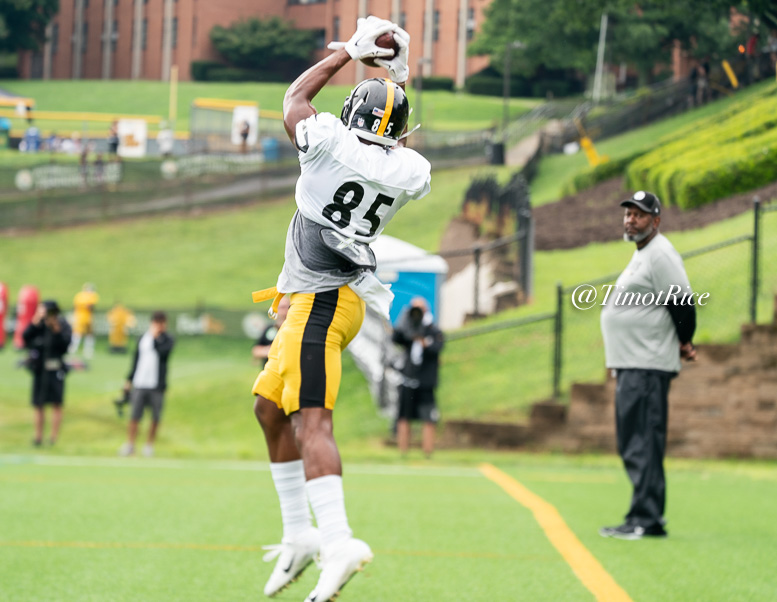 The Pittsburgh Steelers tight ends have been a walking wounded to round out training camp. Already without Vance McDonald, missing nearly three weeks with a foot injury, TE Xavier Grimble didn’t finish camp due to a right hand injury. ESPN’s Jeremy Fowler sheds a little more light on the situation, reporting Grimble recently underwent surgery to repair it.

Steelers TE Xavier Grimble underwent surgery to repair ligament in thumb/wrist area, per source. The hope is a Week 1 return but will be out a few weeks. Team already thin at TE with Vance McDonald nursing a foot injury.

That’s no surprise, given Grimble was spotted with a cast on his right hand/thumb over the last week of camp. As Fowler notes, the team believes he can still be ready for Week One, but don’t expect to see him the rest of the preseason.

It leaves the Steelers very thin at tight end with his and McDonald’s returns currently murky. That could shift the conversation to bringing in a name from outside the organization, though we’re still a little ways away from that conversation. Depth at the position in-house certainly is limited, full of nothing but a bunch of raw players who are at least a year away from making a run at the 53. Pharoah McKever and Bucky Hodges aren’t the answer.

At least there’s Jesse James, who has missed only two practices, total, throughout his entire NFL career. If neither McDonald or Grimble are ready Week One, James will be the obvious starter.