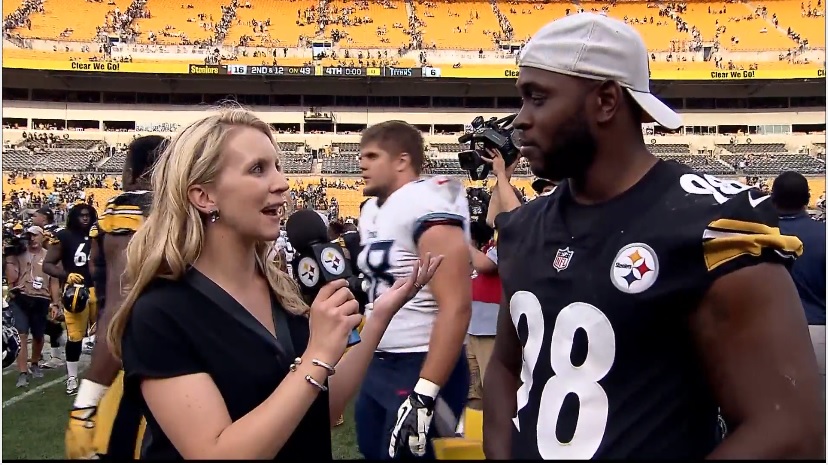 Vince Williams will be a Pittsburgh Steeler for the considerable future. After signing a three year extension this week, his attention is now fully, solely, on bringing him the 7th Lombardi.

“Oh man, it was tremendous to go ahead and get that out of the way,” Williams said about his new deal in an interview with Missi Matthews. “Now we can just focus on winning the Super Bowl.”

Williams is one of the truest examples of what it means to be a Steeler. A man who wears his heart on his sleeve. Even on the sidelines after his day was done, he was getting geeked up watching Jaylen Samuels run for big gainers. He brings stability and consistency to the inside linebacker room after the loss of Ryan Shazier last season.

I wish I would’ve taken a video of it but earlier this week, Williams posted a short Instagram video filming the six Steelers’ Lombardi’s, with a caption suggesting a 7th was on its way. That’s the type of dude he is.

To do that, the Steelers’ defense will have to play at a higher level than it did last year. Williams said the unit succeeded tonight against the Tennessee Titans.

“That’s what we want to come out here [and do]. Just have a great showing. We had a lot of guys, a lot of the starters playing today. Just wanted to go out here and do great things.”

Even with some starters still missing, no T.J. Watt, Mike Hilton, or Morgan Burnett, the defense showed marked improvement from last week’s disaster versus Green Bay. The Titans were shut out until well into the 2nd half, sacking starting QB Marcus Mariota twice and picking him off once. Tackling and being able to finish the play were two areas that took a big leap from before.

And of course, playing at home with the fans on their side was a big boost.

“It feels so good to be back in black. You have no idea.”

With that new deal on his side, he’ll be back in black for a long time.