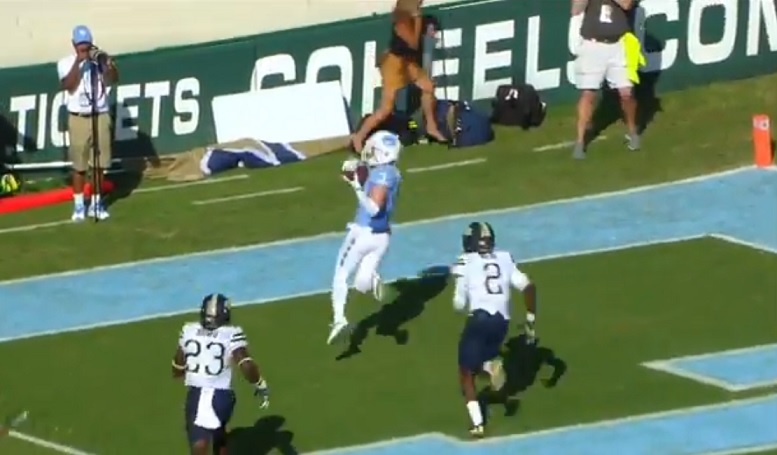 The Pittsburgh Steelers traded for wide receiver Ryan Switzer on Monday and initially the former fourth-round draft pick out of North Carolina will be primarily used as a punt and kickoff returner. Switzer, however, will also be the Steelers backup slot wide receiver at some point and I’m sure efforts are already underway to get him up to speed with the offensive playbook. With that in mind, it’s time to look at what kind of slot wide receiver the Steelers have in Switzer.

Switzer wasn’t used extensively on offense during his rookie 2017 season with the Dallas Cowboys so it’s probably better to go back and look at a large body of his work from his 2016 season at North Carolina.

During that 2016 season, Switzer caught 96 passes for 1,112 yards and 6 touchdowns. Below is a contextualization of 89 of his targets from that 2016 season and that group of plays includes 67 of 96 total receptions on the season from eight different games.

Each play in the table below includes specific data such as quarter, time, down, distance, spot on field, pass direction, pass air distance and yards gained after the catch. I have also added a brief context description of each pass attempt and each is linked to a video of the play for you to see.

Switzer doesn’t have a huge catch radius and you won’t see him make any spectacular catches in any of these plays below. Balls that are not right on target he has trouble catching. He did have a few drops, but overall he is sure-handed. You also won’t find any combative catches in the contextualized plays below as that’s not his game. He’s a quick player off the line and appears to be an above-average and knowledgeable route runner.

In these 67 catches that I was able to contextualize of Switzer’s from the 2016 season he averaged 4.9 yards after the catch. Do remember, however, that a lot of that YAC began behind the original line of scrimmage.

The below contextualization should give you a very good idea as to exactly the kind of slot wide receiver the Steelers now have in Switzer.