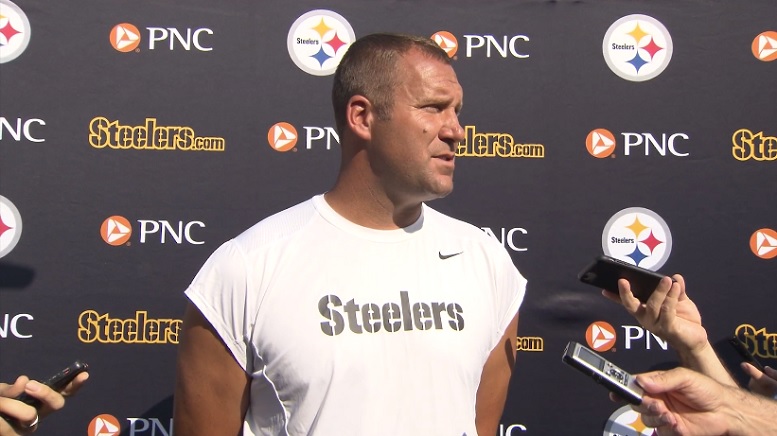 The Pittsburgh Steelers are looking to try something new on their defense this offseason, or at least relatively new, as they incorporate what is being referred to as a dollar defense, a sub-package that features seven defensive backs—likely four cornerbacks and three safeties.

It’s a package that made a brief cameo appearance late last season, but which could be used sporadically throughout the year in 2018—say a few snaps per game, if the situations that call for it arise frequently enough.

In that package, the Steelers would feature their usual defensive backs as the nose tackle and inside linebackers exit the field. aside from the starters and nickelback Mike Hilton, the two additional defensive backs who have been working in that role are cornerback Cameron Sutton and safety Terrell Edmunds.

Because we have been seeing it brought up in practice, reporters yesterday asked Ben Roethlisberger about it, and the quarterback said that he has been seeing it on other teams that the Steelers have faced in recent years.

Asked to explain the logic behind the package, he said that “it’s trying to put a better athlete, if you will, on defense, a tight end or a slot receiver, something like that, trying to stop the passing game. You might be able to run into it if your guy can block and hold up. It’s just a matter of getting better athletes on the field for them”.

While one might be inclined to assume that, hey, you can probably run against a defense with seven defensive backs, the reality is that the majority of the snaps on which such a defense would be used would still greatly favor the pass, and Roethlisberger talked about that as well.

While he has seen some of his opponent float out the seven-defensive back look lately, he is seeing it more than ever before now that he is running up against it in practice, and he was asked about who was standing out to him in that package.

“Mike Hilton”, he said as his answer, the team’s starting nickelback. “He’s not really the seventh DB, but he’s that guy that I look that that’s in there a lot in the slot and guarding guys and is a really good blitzer and a really good coverer”.

It has seemingly been a while since the Steelers last had seven defensive backs they would be comfortable putting on the field at any time, let alone altogether, so it will be interesting to see how often the dollar defense is used, and how effective it will be.