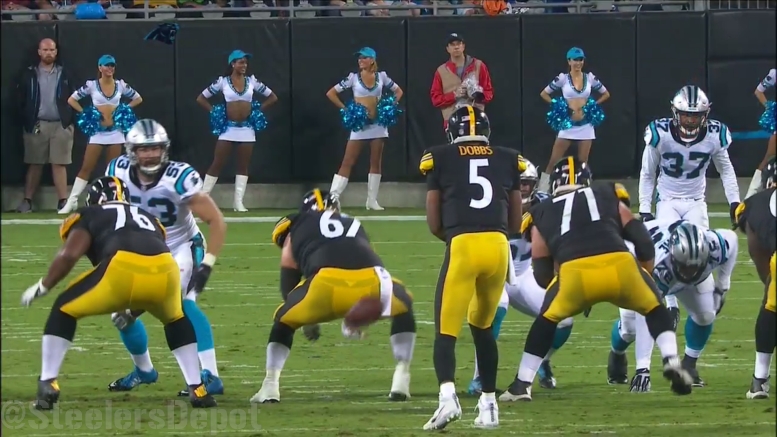 Sometimes you never know where depth is going to come from. The Pittsburgh Steelers, particularly recently, have been very successful in unearthing talent along the offensive line among undrafted free agents, whether they are the original team with whom the player signed or if they came by him through another means.

Two of the success stories on the current roster are B.J. Finney and Matt Feiler. Believe it or not, Feiler has actually been in the league longer than Finney, going into his third year. The latter spent the 2015 season on the practice squad before making the team in 2016. Feiler was also on the practice squad with Finney in 2015, but he was with the Houston Texans already the year before that.

Both of them now are serving as backups to Ramon Foster, yet another undrafted free agent who has made over 100 career starts for the Steelers, heading into his third season. Though Foster made the roster as a rookie, he has had to continue getting better to keep his spot.

Finney and Feiler, too, know that they must get better. To that end, their position coach has said that they have indeed done that. Mike Munchak told the Pittsburgh Post-Gazette that the two “have really worked hard in the weight room and reshaped their bodies. They’re both ready to play”.

When Finney first got to Pittsburgh as a college free agent via Kansas State, he was a bulky guy who struggled with mobility. I recall making a note of this during his rookie preseason, but he improved in year two en route to making the roster and even managed to turn pull blocks into a strength of his.

Feiler has had to make a similar adjustment, though he was actually moving over from the tackle position. He was given the opportunity during the 2017 regular season finale to start in place of the resting David DeCastro and he, too, found success on pulling plays.

So much goes into being a quality professional football player that it’s hard to underestimate the complexity of the situation. Even at any one position, the ideal playing weight and body type will vary by the individual and what their strengths and weaknesses are. Some linemen are more successful playing heavier or lighter.

The development of these two young linemen has become critical in light of the blows that the offensive line have taken this offseason. Chris Hubbard was another prominent success story who took the undrafted rookie practice squader route, parlaying that into a big contract with the Cleveland Browns this offseason.

By the time the regular season begins, they may be the two gameday active reserves behind the starting offensive line, if Finney is not already starting for Foster as he recovers from a knee injury suffered last week. Munchak deserves a great deal of credit for building them up to what they have become, but let’s not forget the work they have put in on themselves.